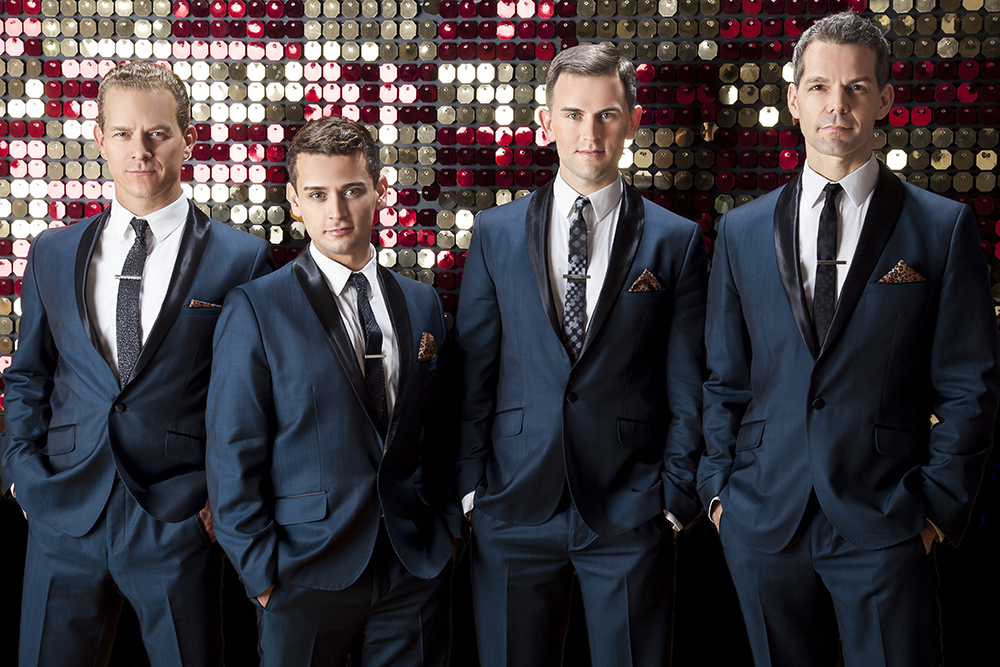 “It is Broadway-quality talent singing the hits of the ’60s.”

The original performers from Broadway’s Jersey Boys are back, and you can catch them at the Tobin Center for a limited engagement.

Broadway fans can expect the entertainers of Broadway’s three-season success to perform what critics are calling a 1960s hit with a modern twist.

Reunited as The Midtown Men, the Jersey Boys alums are promoting their debut album Sixties Hits with nearly 2,000 live shows, including a performance at the Tobin Center on October 14. Their songs include iconic hits like “Can’t Buy Me Love,” “Candy Girl,” and “Time of the Season.”

The show celebrates the legendary music of the 1960s, complete with vocal stylings reminiscent of such classic groups as The Beatles, The Rascals, The Turtles, The Beach Boys and The Four Seasons, among others. The audience will hear the sounds of 2006 Tony winner Christian Hoff and nominee J. Robert Spencer alongside Michael Longoria and Daniel Reichard.

Longoria is perhaps best known for his Broadway role as Frankie Valli. A California native, Longoria has been onstage for most of his life. He trained at the Los Angeles County High School for the Arts and eventually landed at New York University’s Tisch School of the Arts, where he earned a BFA in drama.

The transition from the West Coast to the East Coast proved to be a life-changing move for Longoria, who made his Broadway debut in the musical Hairspray.

“Most people think that [The Midtown Men] is a cover band, but the pedigree of the show is actually very high-quality,” Longoria Told Out In SA during a phone interview last month. “It is Broadway-quality talent singing the hits of the ’60s.”

“The songwriting is simple,” Longoria said. “It is all about emotion and simple human experiences that most everyone can relate to, because they were all written by teenagers.”

The songs of the ’60s, coming from an era in which hearts were carried on sleeves, continue cutting a path straight to the audience’s heart.

“People haven’t put these songs away,” Longoria said. “For decades and decades, people still associate certain songs with a specific memory that they may have. These songs need to come back to life.”

The importance of Latino AIDS Awareness Day in SA

The observance of National Latino AIDS Awareness Day on October 15 is reminder that while Hispanics represent 16 percent of...