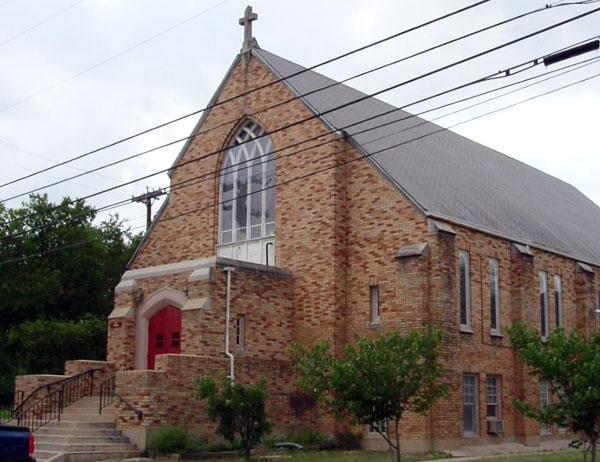 The Metropolitan Community Church of San Antonio was robbed of its audio equipment during the early morning hours of February 19. (Photo: QSanAntonio)

Members of the Metropolitan Community Church of San Antonio were unpleasantly surprised on Friday morning to find that thieves had ransacked the sanctuary and stolen the congregation’s audio equipment.

The church is located at 611 E Myrtle, just north of downtown.

MCC board member Marsha Warren told Out In SA it appears the robbery took place during the early morning hours of February 19.  The theft was discovered around 9:30 a.m. by a church employee.

Warren says the thieves appear to have only been interested in the church’s audio equipment, taking speakers, amplifiers and a sound board. Left behind were flat screen TV’s, projection equipment and musical instruments.

The equipment stolen is worth between $8,000 to $10,000 and bulky enough for the thieves to have needed a truck to remove it from the church.

There was no sign of forced entry Warren explains. Whoever committed the theft appears to have hidden inside the church before closing time.

Warren says the robbers must have cased out the sanctuary ahead of time because they went directly to closets and rooms where the equipment was stored.

The theft will not affect services and events which will go on as planned this weekend at the church.

Despite support from more and more Americans for LGBT equality, Texas’ Republican politicians are still doing everything they can to...