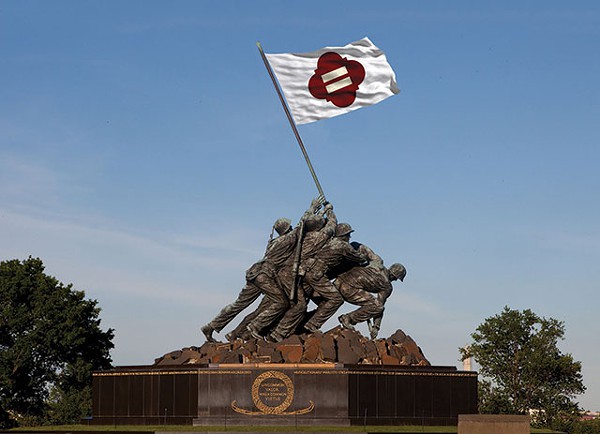 Despite support from more and more Americans for LGBT equality, Texas’ Republican politicians are still doing everything they can to thwart progress in the Lone Star State.

This week in Austin, Steve Rudner, Chairman of the Board of Equality Texas, testified against several dozen pieces of anti-LGBT legislation referred to the Senate State Affairs Committee in 2015 — “religious liberty” legislation expected to again appear in the 2017 Texas Legislative Session.

“I am confused as to who the victim is and who the aggressor is. I believe that we are all God’s children, and we are all created in God’s image, which is contradicted by the notion that someone could discriminate based on religion,” Rudner says. “Discrimination against the LGBT community is real and is being condemned by almost 600 Texas businesses (including 23 Fortune 500 companies) in a coalition called Texas Competes which have strongly expressed the belief that LGBT people need to be welcomed in all areas of public accommodation.”

However, Republican efforts to discriminate against the LGBT community conflict with changing attitudes by Texans, who are now less likely to support discrimination, according to a new study.

Nationally, 71 percent of Americans support these laws as opposed to just 24 percent of people who are against them. In Texas, 67 percent of residents favor non-discrimination laws and 53 percent of Texans are against laws that would allow private businesses to refuse service to someone who is LGBT based on their religious beliefs.

“Most Texans want their LGBT neighbors to be free from discrimination in employment, housing and access to services. Most Texans believe businesses should serve all Texans, and most Texans do not support discrimination in the name of religion,” Smith says. “The Texas business community has said the same thing. It’s time for our legislators to recognize that Texans are welcoming, and to adopt bills that expand equality for all.”

“These vehemently anti-LGBT groups give lip service to religious freedom, but that is clearly not their goal in pushing these so-called ‘religious liberty’ laws,” Heidi Beirich, report author and director of the SPLC’s Intelligence Project, says. “This is about discriminating against LGBT people, plain and simple.”

Those laws are particularly dangerous because they can promote the ill-conceived environment of bigotry and discrimination by legitimizing the misperception that LGBT rights threaten religious liberty, the Intelligence Report states.

“Religious liberty is a cherished constitutional value, enshrined in the First Amendment,” Beirich says. “But, as earlier efforts to offer biblical justification for slavery and Jim Crow segregation have taught us, religious liberty should not, and must not, be used as an excuse to discriminate.”

Almost six years after the Alamo Colleges board of trustees voted to add sexual orientation to the district's nondiscrimination policy,...