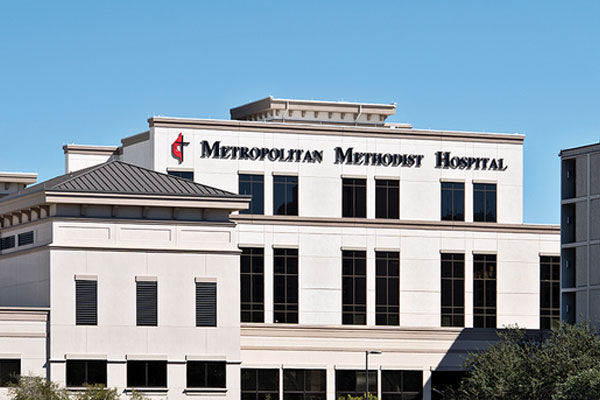 The Metropolitan Methodist Hospital was one of three medical facilities in San Antonio that received a perfect score on the Human Rights Campaign's 2018 Healthcare Equality Index. (Courtesy photo)

A total of 626 medical facilities across the nation participated in the survey with 418 receiving the HEI Healthcare Leader designation. In addition, the HRC Foundation proactively researched key policies at more than 900 non-participating hospitals across the nation. “At a time when health care and the rights of LGBTQ people are under attack by the Trump-Pence Administration and state legislatures across the country, hundreds of top healthcare facilities are driving progress toward equality,” said HRC President Chad Griffin. “These top-scoring facilities are not only establishing policies that save LGBTQ lives every day, they have become vocal advocates for equality in the public square.” The key findings in this year’s study include:

“While the 2018 HEI shows a growing commitment across the nation to equitable and inclusive health care, it also illustrates work left to be done,” said Tari Hanneman, director of the HRC Foundation’s Health Equality Project, and author of the HEI. “And that work has never been more urgent, given the all-out assaults on the LGBTQ community from the highest levels of government.”

Nationally recognized artist Mitch D'Arte works in a variety of styles -- from lotería graphics to typographic collages, to acrylic paintings...