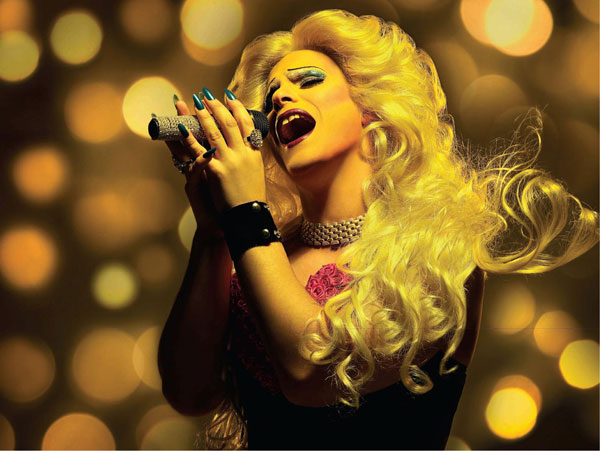 The Thrive Youth Center is looking for volunteers to help plan a fundraiser on May 21 that will feature a screening of the film, "Hedwig and the Angry Inch" starring John Cameron Mitchell.

THIS EVENT HAS BEEN CANCELLED.

The Thrive Youth Center for homeless LGBT youth has put out a call for volunteers to help with a fundraising screening of the feature film, “Hedwig and the Angry Inch,” at the Alamo Drafthouse Cinema on May 21.

In an email sent out earlier this week, Joshua Yurcheshen, Thrive’s assistant director and volunteer coordinator, said that in order for the fundraiser to be a success it will require the efforts of volunteers who can take charge of promoting the event, helping with logistics and soliciting prizes for a raffle.

Yurcheshen writes that most of the preliminary planning is in place. The evening will begin with a cocktail reception in the lobby of the theater followed by a short promotional film about Thrive, and then the screening of the feature film.

Singer and actress Shavonne Conroy will be the emcee. Tickets will be $20. The theater seats 133 people and Thrive hopes to make the evening a sellout. Yurcheshen is working with event planner Chelsea Juarez to finalize the details of the event.

“Chelsea and I can plan until the cows come home, but we need people to take charge of the details for this to happen.  With that in mind, we’ve created committees that need leaders and staff.  If you’re not yet a full fledged volunteer at the shelter, donating some time and helping us out with this pilot event is a great way to support Thrive and what we do,” says Yurcheshen.

Adapted from the critically acclaimed off-Broadway rock theater hit, “Hedwig and the Angry Inch” tells the story of Hedwig, an “internationally ignored” transgender rock singer and German emigrant whose “angry inch” is the result of a botched sex reassignment surgery. The movie premiered in 2001 with John Cameron Mitchell directing and starring in the lead role.

The Thrive Youth Center opened at Haven for Hope last February and offers its young LGBT clients a range of social, spiritual, medical and behavioral health services. In addition to services, the center has over 1,400 square feet of space that includes dorms, bathrooms, offices and a reception area. Thrive staff and volunteers manage the program and supervise the dorms on a 24-hour basis.

Anyone interested in helping Thrive with their fundraiser should contact Chelsea Juarez via email at [email protected].

San Antonio Mayor Ivy R. Taylor issued a press release at 5:30 p.m. on April 22 in which she apologizes...