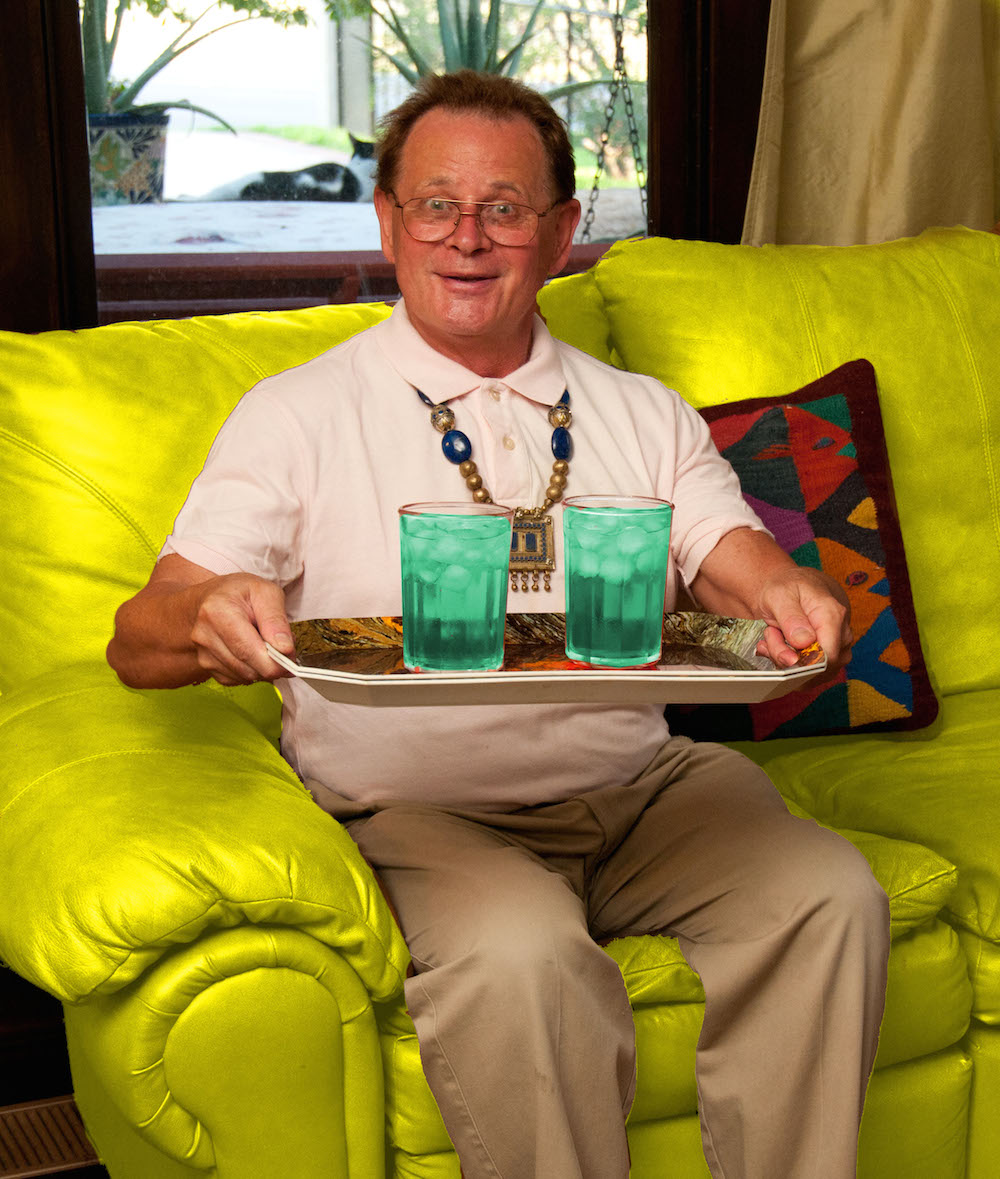 View of Reality from a Chartreuse Couch. Photo by Ansen Seale

With all this pedophilia being exposed over the years–the Catholic Church and now Westminster–one has to think back to Anita Bryant and her “Save Our Children” warpath where it all started. We must remember that when she began her campaign this was before AIDS, and before pedophilia was discussed as a separate category. It was a time when sex was really not a polite topic of discussion in the media at all–even heterosexual sex.  And even though Anita went to battle with a lot of misinformation, she was concerned about children being sexually used. And who hasn’t had a hysterical mother to deal with when it comes to the safety of their child? Even at the time I was not upset with Anita. Anita was the product of a male-dominated religion and a male-dominated government, and a male-dominated society that taught all of us that homosexuality was wrong, both with GOD and with the law and any other way you can think of. So I always kept asking, “Why pick on Anita? Pick on someone your own size! Get mad at the the real problem! Politics and Religion!”

This was pretty forward thinking in 1978, I must say, since others thought I was nuts for stepping out of line.

This was also a time when homosexuality was not ever talked about on TV under any circumstances. Neither NBC, CBS, nor ABC would touch the subject. So how was the topic ever going to be addressed if we weren’t allowed to discuss it? And the newspapers weren’t any better. And there was barely a gay press then.

I mean, really. It was a very aggravating time. So along comes Anita. God had spoken to her. Well, the Lord moves in mysterious ways. Because, lo and behold, NBC, CBS,and ABC could now blab about the gay community as long as it was negative and looked like a train wreck and didn’t upset straight America. That is how the topic got broached. Then that created the opportunity for the gay community to respond. I mean, weren’t we allowed to defend ourselves against our accusers? AND who was going to step up to the plate and do that? Until this outburst, we had not been given the opportunity to make any rebuttals to all the lies that were believed about the gay and lesbian community.

And now there is a movie in the works. It is going to be a movie about Anita–Uma Thurman will play Anita.  Isn’t it about time?

Anita will be directed by Rob Epstein and Jeffrey Friedman, the team that directed Lovelace with Amanda Seyfried, and Howl with James Franco as Allen Ginsberg. They also gave us the Oscar-winning The Times of Harvey Milk and Common Threads.  I present this information to the San Antonio community so we as a city can put this past 36 years in perspective.

You know, even Cher admitted that she behaved very badly about Chastity/Chaz and was very sorry for not understanding the problem sooner. It has always been about educating the public.  Also, I read all of Anita Bryant’s books at the time and she revealed in a short sentence that she had been sexually molested as a child. This was something I also suspected, because something real had triggered her outrage.  Anita has apologized to the gay community and felt she was used by the religious fundamentalist church to further their agenda.

Another thing: People can sometimes go to prison for less than 10 years for murder and other crimes. It is really about time that Anita be forgiven by the GayBLT community. Her “crime” was no worse. I know that there are still hateful things being said about Anita and I want to instruct the Texas GayBLT population to not be part of this. It is ugly and unnecessary and does not get us anywhere to keep this hatred going. Personally I think Anita should come live here in the Heart of Texas and heal and have her own talk show on KENS. Wouldn’t that be fun?!!! I’m serious. I am personally very, very glad that this movie is being made.

You can read more about it here: