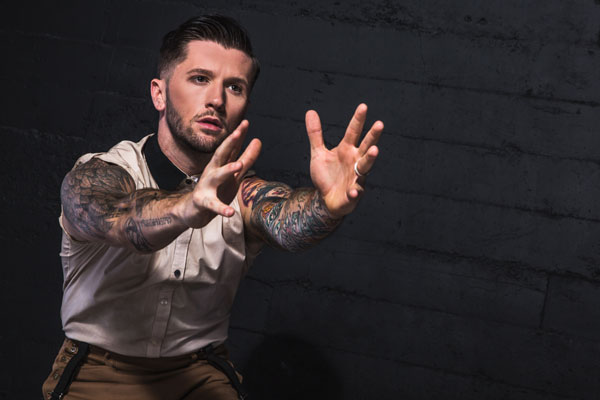 In 2016 the members of Shaping Sound became internet sensations when their performance of Bohemian Rhapsody on the Ellen DeGeneres show went viral. Here, scantily clad male bodies posed, twirled, and leaped through the air all while breathing new life into a familiar tune.

Led by artistic director and choreographer Travis Wall, the troupe features dancers Nick Lazzarini and Teddy Forance who think of themselves as “visual musicians” and who “reimagine dance” through their unique choreography and movement.

The dance collective returns on June 6 with a brand new show entitled After the Curtain about a man in search of his creative voice after the death of his one true love. An eclectic mix of musical genres and contemporary dance, the show brings to mind the hit reality competition shows So You Think You Can Dance and Dancing with the Stars where many of these dancers first got their start.

Travis Wall is arguably best known from his appearance on the second season of So You Think You Can Dance where he came in as runner-up. He returned as guest judge and choreographer in later seasons, eventually winning an Emmy Award for his choreography in 2015.

Originally published in the San Antonio Current In the midst of what the Governor has called a foster care "crisis"...