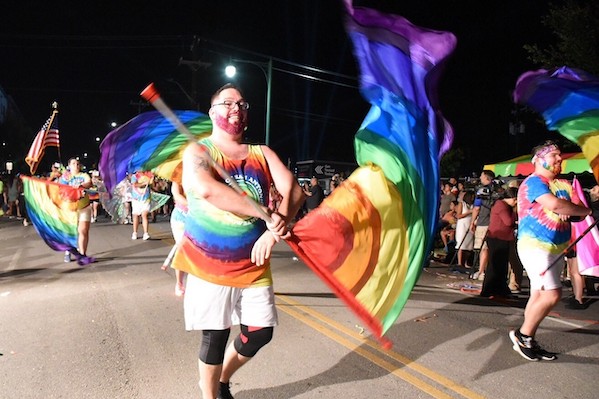 Pride San Antonio has organized the Pride Bigger Than Texas Parade for the past 19 years.

San Antonio’s key tourism-promotion entity is gearing up to launch its first LGBTQ+ Pride parade along the River Walk. However, people familiar with the plans said the nonprofit failed to notify the organizers of the city’s longest-running Pride parade until well into the process.

“The call ended with the understanding that we’re going to work collaboratively,” said James Poindexter, secretary of Pride San Antonio and director of Pride Bigger Than Texas. “But we’re still waiting to see what that means.”

In an emailed statement, Visit San Antonio said, “Pride SA and other stakeholders were involved from the very beginning of the planning stages.”

Visit San Antonio spokesman Richard Oliver confirmed the Zoom meeting but declined to go into further detail. He said his group is putting together a memo laying out the objectives of the river parade and will have no additional comment until the document is complete.

Visit San Antonio’s Pride Week Kickoff — River Walk Parade and Celebration will make its debut Saturday, June 18, while this year’s Pride Bigger Than Texas will take place Saturday, June 25 along the Main Strip, followed by a festival in Crockett Park.

While the dates don’t overlap, Pride San Antonio organizers are worried that competing events could create confusion and water down the number of floats that enter Pride Bigger Than Texas, which raises money for local charities, Poindexter said. Float entry fees generate up to $45,000 annually for nonprofits, he added.

Poindexter said Visit San Antonio officials told him they intended to make contact with Pride San Antonio earlier but were unaware of how to get in touch — an explanation he doesn’t fully buy.

“If you put any configuration of ‘Pride’ and ‘San Antonio’ into Google, the first five hits that come up will be ours,” he said.

While Poindexter said he’s cautiously optimistic about last Thursday’s meeting, he’s waiting to receive Visit San Antonio’s forthcoming memo to see whether the tourism-promotion group is ready to treat his organization as an equal collaborator.

“We’re a nonprofit that’s worked really hard to build connections with the community,” he said. “I want us to be treated as a true partner, because we are the biggest stakeholder in this space.”

This summer, fans of RuPaul’s Drag Race will get a chance to witness the queens of the cult favorite TV...