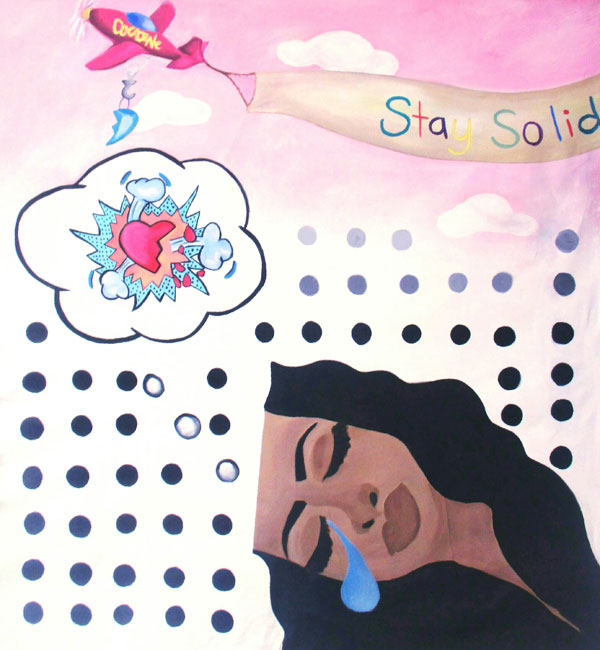 An exhibit of artwork by women of color which commemorates the 30th anniversary of the Esperanza Peace and Justice Center is set to open on March 25.

Aqui Estamos y No Nos Vamos (We’re Here and Not Leaving) will feature the work of over 40 women artists. The exhibit is timed to coincide with San Antonio’s Contemporary Art Month and Women’s History Month. In a statement, organizers say the show “highlights the resistance, solidarity, anger, hope and healing women of color are experiencing in response to the abusive and oppressive rhetoric that was propagated during (President Donald) Trump’s campaign and has carried on into his presidency. The art speaks to a transformation of a social or personal strife that translates into piercing visions of the present and a futuro con Esperanza. The artists featured in this exhibit believe that art must address the abuse on our bodies, communities, and lands.” According to a press release, the artists featured in the exhibit are “working class, immigrant, queer, and create artwork ranging from traditional visual art to sound art to sculpture to textile and much more.”

The exhibit is being curated by Rebel Mariposa, the proprietor of the La Botanica vegan restaurant who also is active in performance and visual art circles. The Esperanza Center turned 30 on January 30, 2017. In a statement on its website the organization recalls its goals: “In 1987, Esperanza was founded with the aspirations of creating spaces where people working for peace and justice could come together to share a vision, resources, and our hope for the future.”

Aquí Estamos y No Nos Vamos: Opening Night, March 25, 2017 at 6 p.m. at the Esperanza, 922 San Pedro Ave. This event is free to the public with a small reception and performance art by various artists featured in the exhibit. The exhibit continues through Friday, May 26, 2017. For more information contact Esperanza at 210-228-0201 or [email protected]

San Antonio neo-soul singer Alyson Alonzo has started a GoFundMe campaign to buy bottled water for the residents of Flint,...