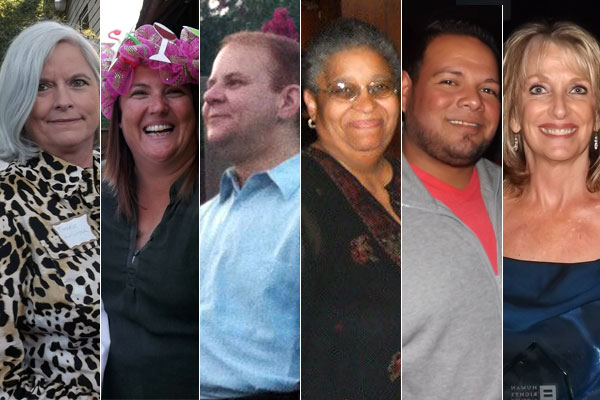 A select month-by-month recap of stories about our community reported here and elsewhere in 2014.

From NDO to MLK — Two communities fighting for equality
Some people were not happy to see the Rainbow flag at the Martin Luther King, Jr. March.

No questionnaire, no Stonewall endorsement for Wendy Davis
The Stonewall Democrats of San Antonio stuck to their rules and voted not to endorse Wendy Davis for Governor because she did not fill out a questionnaire prior to the group’s candidate forum in January.

Huntzinger’s near miss
Therese Huntzinger, a seasoned attorney and out lesbian, announced she would run in the Democratic primary in the race for San Antonio District Attorney. She lost the race by a very small margin to Nico LaHood.

Local production ‘I-DJ’ performed in NYC
The play by Gregg Barrios, and starring Rick Sanchez, follows a gay Chicano DJ named Warren Peace as he looks back on the music and events that helped shape him. The show was staged at the Frigid New York Fringe Festival.

NDO opponents finally concede defeat
Opponents of the city’s recently enacted nondiscrimination ordinance finally raised the white flag admitting defeat in their efforts to overturn the measure and recall the mayor and City Council members, most notably Diego Bernal, who voted to approve it.

Transgender woman claims cosmetology school discriminated against her
Lindsey Fahlberg said she went to enroll in Ogle School of San Antonio but she didn’t feel welcome. “I cried. I mean it was my second time ever being told something because of my gender identity,” she told the media.

Man acquitted in hatchet murder of roommate
A man who had been awaiting his murder trial for nearly four years was set free after jurors agreed with his defense attorneys, who argued he fatally struck his roommate in the head with a hatchet only after the man tried to rape him.

Realtor challenges PAC on anti-LGBT endorsements
A gay realtor from Plano organized meetings in San Antonio and around the state to make LGBT realtors aware that the Texas Association of Realtors and its funding arm, the Texas Real Estate Political Action Committee, have endorsed and given donations to anti-LGBT candidates.

Castro departure bittersweet for LGBT community
News that San Antonio Mayor Julian Castro would head to Washington, DC to take a cabinet post in President Barack Obama’s administration left many in the LGBT community with mixed feelings about his departure.

LGBT activists balk at idea of Ivy Taylor as interim mayor
Political activists in the LGBT community say they are concerned by the news that City Councilwoman Ivy Taylor may be the frontrunner for the post of interim mayor after Mayor Julian Castro leaves San Antonio to take a position in President Obama’s cabinet.

Reward increased in murder of San Antonio gay man
An anonymous donor helped increase the reward to anyone who can provide information regarding the murder of a gay man who in 2012 was found dead in in his home in the 2700 block of Wilborn on San Antonio’s Northeast Side.

It’s thumbs down for Ivy Taylor from CAUSA
In a statement issued on July 18, CAUSA (Community Alliance for a United San Antonio) did not endorse any of the four city council members who are seeking the position of interim mayor. However, one sentence in the statement made clear who they did not want to get the job.

Ranchera treasure ‘La Perla Tapatia’ dies at 83
Golden age ranchera singer Janet Cortez, known to her fans as La Perla Tapatia died after a brief illness. She was a role model for the LGBT community, having lived with her partner, Marie A. Torres, for more than 34 years.

Park Police arrest three men for public lewdness in one week
The week was a busy one for San Antonio’s Park Police if news reports are any indication. Three men were arrested in local parks for lewdness and soliciting sex from undercover cops.

AT&T offers no resolution in arbitration with NDO complainant
One year after the City of San Antonio passed a nondiscrimination ordinance, the first complainant, a transgender man, met with AT&T in hopes of settling his claim that the telecommunications company had fired him unjustly. The result of that meeting proved fruitless.

QSanAntonio joins Out In SA
On October 1, QSanAntonio.com joined forces with Out In SA as part of their new web site and quarterly print publication.

Tragic end to story of child adopted by gay couple
The tragic story of a three-year-old girl who died while under the care of her adoptive fathers came to an end on October 3 when one of her dads, Matthew Oscar Aranda, who had been convicted in her death, was extradited from Mexico where he was hiding for five months.

Staged reading recalls days when military police patrolled S.A. gay bars
The Jump-Start Performance Company presented “Off Limits,” a staged reading of a play based on the transcript from a military hearing held at Brooks Air Force Base in June of 1973. The hearing was one of several convened to determine whether the San Antonio Country, a local gay bar at the time, should be ruled off-limits to military personnel because it “catered to homosexuals.”

Plea deal in murder of gay man
The San Antonio Express-News reported that a man who murdered a gay tourist he met in a local bar in 2013 accepted a plea deal on November 6 which netted him 30 years in jail.

Why did SA’s ‘equality index’ score get lower?
When the Human Rights Campaign released its annual Municipal Equality Index, many in San Antonio’s LGBT community were puzzled as to why the city’s score had gone from 86 last year to 72 this time around.

Dear theater folks in San Antonio, I’m just back from NYC, and here are some thoughts about current offerings (in...