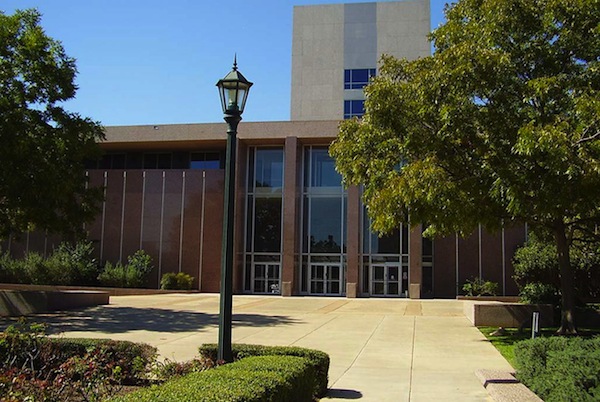 Catherine Clark claims that a coworker barraged her with lewd and harassing comments while Clark was working as a gym teacher at the Alamo Heights Independent School District about a decade ago.

She complained to her supervisors, then to the Equal Employment Opportunity Commission, and was soon fired, she said in court documents.

But the Texas Supreme Court ruled Friday that she can’t sue her old district, in part because her alleged harasser was also a woman and Clark didn’t prove that the woman is gay. The court also ruled that she didn’t prove that she was fired because of her complaint.

Clark had argued that the San Antonio district’s actions violated state law and that the hostile work environment she suffered from constituted gender discrimination. But “anti‑discrimination laws — in their current incarnation — do not guarantee a pleasant working environment devoid of profanity, off‑color jokes, teasing, or even bullying,” the court ruled. A sexual harassment claim “requires proof that the alleged mistreatment was ‘because of’ the employee’s gender.”

The opinion, issued by the all-Republican court, was 6-2. In her majority opinion, Justice Eva Guzman acknowledged that some of the behavior Clark said she was subjected to might have been inappropriate and that Clark may have “experienced misery at work that no employee should endure.” But, she wrote, that doesn’t necessarily equate to “sexually motivated touching.”

One incident, in which the coworker and another female coach grabbed Clark’s “behind” during a photo, “occurred only once, was in public, lasted only a few seconds, and was not accompanied by a sexual proposition.”

The alleged harassment began soon after Clark started working at the school in 2007, court documents claim. Clark complained to the school principal and to her supervisor, who joined in on the harassing behavior, the lawsuit alleges. Clark claims the principal referred Clark to a counselor and launched her own investigation, but did not tell other officials.

In October 2008, Clark lodged a formal complaint with the Equal Employment Opportunity Commission. She was placed on administrative leave soon after, fired, and then filed a lawsuit in 2009 saying she’d been sexually harassed and retaliated against under the Texas Commission on Human Rights Act.

But in the nine years since, the school has refuted Clark’s allegations in multiple court documents.

The district says Clark’s firing was not retaliatory but based on her poor performance, penchant for violating district policies and unprofessionalism. They’ve also argued in legal filings that Clark wasn’t subject to gender-based discrimination because her alleged harasser lobbed similar remarks at male colleagues.

The opinion prompted a dissent written by Justice Jeffrey Boyd, who argued that any reasonable juror would have found Clark was sexually harassed if the harasser’s first name had been “Andy” not “Annie,” the first name of the alleged harasser.

“There wouldn’t be any question that this was at least arguably sexual harassment if this were a man doing this to a female coworker,” McBride said. The court’s opinion sets “a standard that is going to be almost impossible to meet in sexual harassment claims unless the offender expressly admits that they are homosexual and that they were motivated by sexual bias which is not going to happen very often if at all,” he said.

Bryan Dahlberg, a lawyer who helped represent the school district, said “We are very pleased with the Texas Supreme Court’s decision and happy that this long saga will finally come to a close.”

The sale of a special Fiesta medal is spearheading a renewed effort to raise funds for the installation of rainbow...