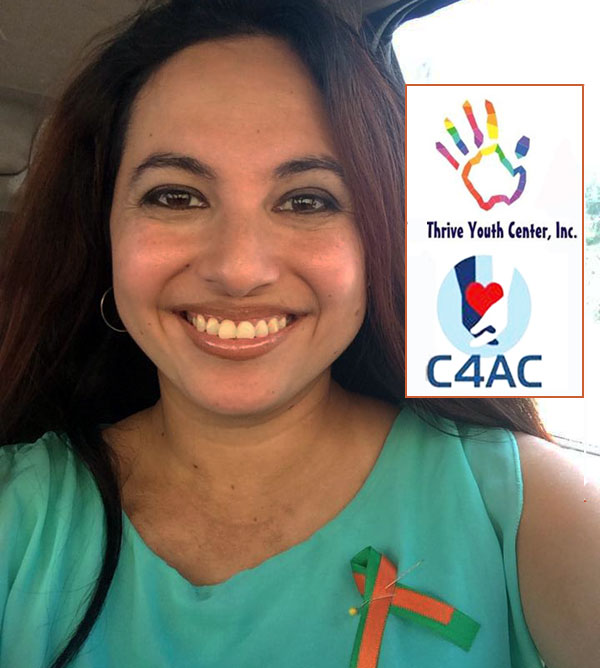 For the past five years, activist Ana Alicia Perez has celebrated her birthday with a party that's also a fundraiser for local charities.

Ana Alicia Perez says she’s often asked what possessed her to turn her annual birthday party into a fundraiser. Her response: “I don’t want want or need anything, so donate instead.”

Over the past five years, Perez’s birthday events have helped support a pet rescue group, the San Antonio AIDS Foundation, the Children’s Hospital, Battered Women’s Shelter, Fiesta Youth and Stand Up for Kids. This year’s party is at The Block SA on February 28.

The petite Perez is a social worker who is well known as a local activist and LGBT ally. She’s was among those who spoke at City Council meetings during the fight to pass the nondiscrimination ordinance. She is a member of the Human Rights Campaign and an advocate for women’s rights and numerous other causes.

Perez says she originally got the charity birthday idea from her friend Jonathan Vela, a cos-enthusiast who used to portray Aquaman of San Antonio and was often seen around town in his superhero costume.

Vela died last summer after suffering a stroke. In his obituary, the San Antonio Express-News wrote, “Vela touched the hearts of many sick children in hospitals and at charitable walks and runs, with numerous appearances for causes that included autism awareness and the Red Cross.”

For the first year’s party, Perez says “we managed to have 25 people show up and donate to a pet rescue charity. And so began the tradition — each year it gets bigger than the last. I enjoyed it, and Jonathan enjoyed it.”

Perez decided that this year one of the charities to benefit from her birthday soiree would be Cos 4 A Cause, a charity Vela cofounded and which Perez says, “brings cheer to children in hospice and in the hospital battling illnesses.”

“It will be bittersweet because this is the first year he hasn’t been here for my birthday,” says Perez.  “Every year he would call me and ask, ‘Which charity this year?’ and we would scurry along and plan and invite everyone. He had such a huge role in helping organize it each year. It will be sad he won’t be here, but we will honor our friend by continuing the event he helped me start.”

The other beneficiary from this year’s event will be the Thrive Youth Center, a homeless shelter for LGBT youth which is opening at Haven for Hope.

“This year, we will be celebrating by collecting items and monetary gifts,” says Perez. For Cos 4 A Cause she is asking guests to donate toys, games, coloring books, board games and crayons.

Perez says this year’s party is a family-friendly event with food trucks, music and cash bar. It will take place on February 28 from 1 p.m. to midnight at The Block SA, 14530 Roadrunner Way. For more information, check out the Facebook event page.