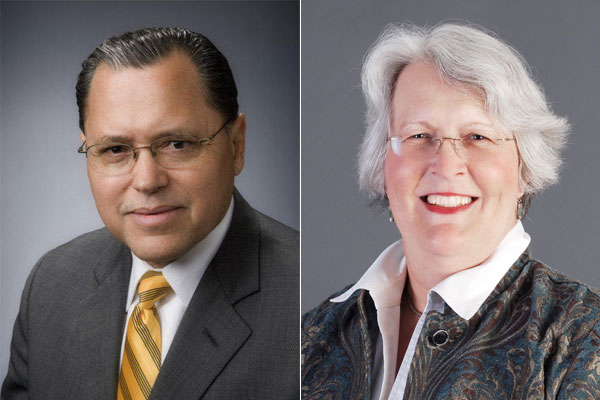 A state senator from El Paso and a judge from Houston will be honored with awards by Equality Texas at the annual Spirit of Texas Brunch slated for September 25 at the Rosenberg Sky Room in San Antonio.

State Senator Jose R. Rodriguez (D-El Paso) will receive the Advocate Award, which is given to “an outstanding public servant whose high ideals include a dedication to equal rights for LGBT Texans.”

Phyllis Randolph Frye, an associate judge for the City of Houston Municipal Courts, will receive the Anchor Award, which is given to “an outstanding Texas advocate whose activism on the local level and beyond has proven invaluable to the cause of LGBT equality in Texas.” “Gay and lesbian couples experience domestic violence like everyone else. Often, victims struggle with the pain on their own, fearing that law enforcement and other agencies will judge them harshly or ignore their complaints,” he said in a press release at the time.

Most recently, Rodriguez pledged to oppose anti-transgender legislation and announced plans to file a bill in the 2017 session of the state legislature which would ban LGBT discrimination in employment, housing and public accommodations.

“We’re talking about human beings who are members of our community just like anybody else and have the right to be treated like anybody else,” Rodriguez said at a press conference in June. “This is a civil rights issue and a human rights issue. It’s an issue that needs to be addressed.” Phyllis Frye (standing at lectern) addresses the press at a national transgender lobby day in Washington, DC in 1996. (Courtesy photo)

Judge Frye is the first openly transgender judge in Texas. She was appointed in 2010 by then-Houston Mayor Annise Parker, a long-time friend who she met while playing in a lesbian softball league.

Frye grew up in San Antonio in the 1950’s, attended Texas A&M University and was honorably discharged from the U.S. Army in 1972. She transitioned in 1976. She earned an M.B.A. and J.D. from the University of Houston.

Frye overcame many hardships over her gender identity including being disowned by her parents, divorced by her first wife, estranged from her son and dismissed from several jobs.

Despite those obstacles, Frye went on to become an early advocate for transgender issues taking to the national stage to push for equal rights. In 2013, she was presented with the Lifetime Achievement Award by the Transgender Foundation of America.

Today, Frye has a private law practice, which she maintains alongside her part-time judgeship, where she exclusively represents transgender people.

With hits like “Another Sad Love Song,” and “He Wasn’t Man Enough,” Toni Braxton has become an icon of R&B music...