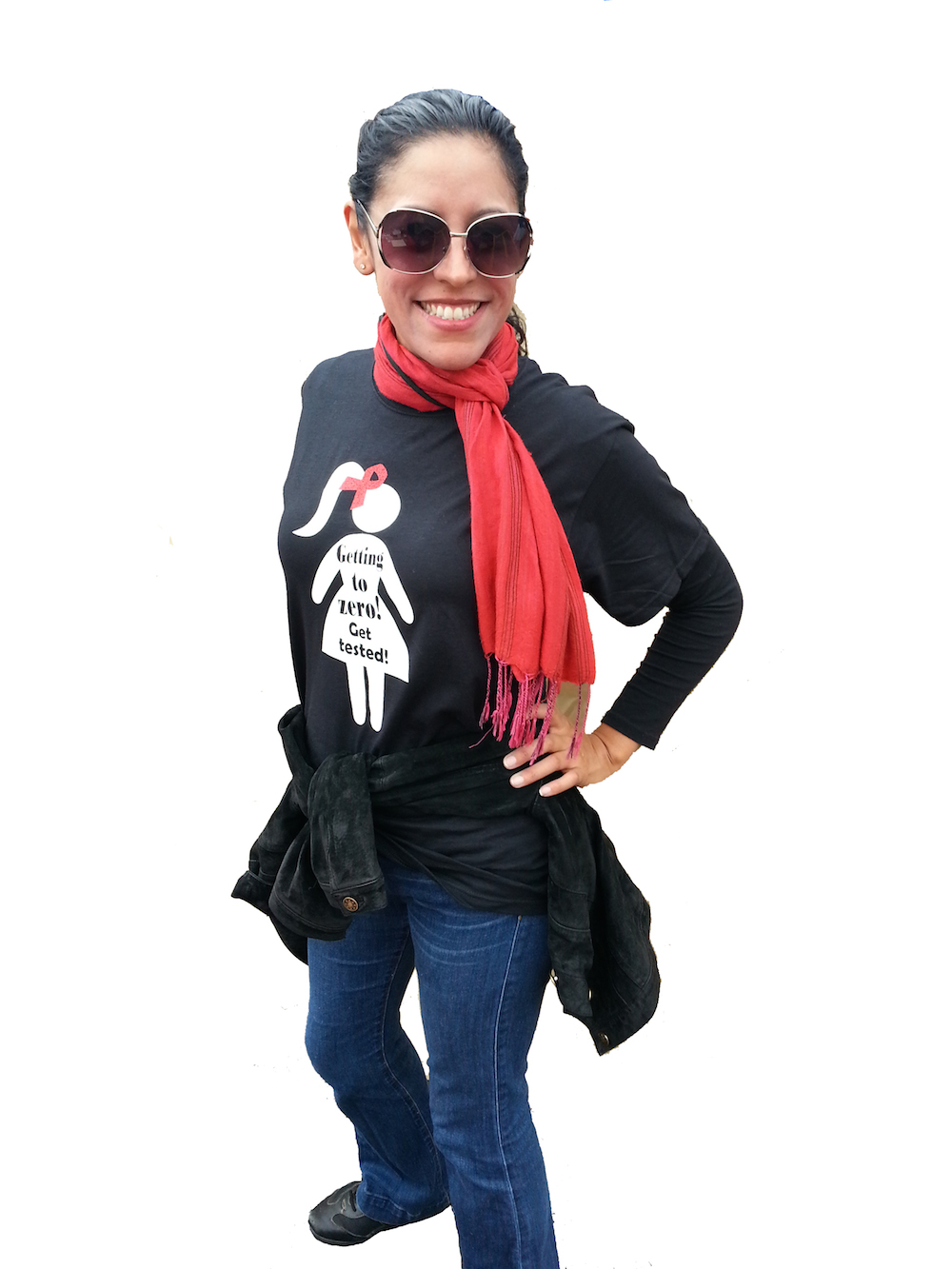 Anna De Luna, aka AIDS Lady, is ready for her closeup – and free testing.

Anna De Luna had two selves. There was the successful actress, popping up in shows all over San Antonio. And then there was the activist, educating San Antonio’s youth about HIV. These two selves become one in her solo performance, The AIDS Lady.

“I just felt like I had this fire in my belly about getting the word out about this particular issue,” she explains. “If you present it in a way that can hold an audience’s attention, and tell very human stories of people that are infected, I think that’s a very effective way of entertaining and educating.”

And despite all we know, we still need that educating. For De Luna, it was striking to witness the numbers of people who continue to test positive, particularly young people. “I think part of it is because it’s not a death sentence anymore, it’s a manageable disease, and maybe some people don’t take it as seriously as they should,” she says.

The AIDS Lady puts a face on the virus. De Luna morphs into a range of characters throughout the performance, from herself as a little girl, to educators she’s met throughout her career, to HIV-positive individuals she’s helped. Almost everything is true, and her only hope is that “these performance narratives help to remove fear associated with AIDS and encourage HIV testing.”

After the performance, the venue undergoes a quick change into a roller-skating rink and bowling alley, with music by DJ Donnie Dee. And, of course, fast, free, and confidential HIV testing will also be available.

The City of San Antonio Department of Culture and Creative Development and Project Hope present this free event as part of World AIDS day. Project Hope (Healthy Outcomes for Prevention and Education) strives to reduce risky behavior among 18-24-year-olds by offering information about the connection between drug and alcohol abuse and HIV/AIDS infection. “When we’re young we just don’t think that something is going to happen to us,” De Luna says.

The show begins promptly at 6:30 p.m. Due to adult language and content, the performance may not be suitable for children 12 and under. De Luna does strongly encourage young adults to attend. “HIV is not a gay thing, it’s a human thing.” She pauses, before concluding, “I just want everybody to know that HIV doesn’t discriminate. It can happen to anybody–gay, straight, bi, male, female, young, old, black, brown, white, whatever.”

December 1, 7:30pm Tickets $25 ($10 for students) www.solichamberensemble.com SOLI makes its debut as the Resident Ensemble of the Tobin...