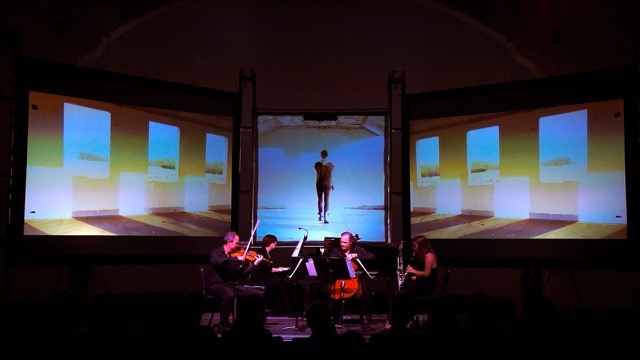 SOLI makes its debut as the Resident Ensemble of the Tobin Center for the Performing Arts with HEAR, a “virtual kaleidoscope of great contemporary chamber music.” With influences as far-reaching as India, Mexico, and the 1960s, HEAR transports audiences to whole new worlds with each work. “We have young composers and really well established composers all represented within the same concert,” Ertan Torgul, violinist and SOLI Managing Director explains. “It takes you to different places and to different eras.”

Winner of the 2013 CMA/ASCAP Adventurous Programming Award, SOLI is certainly no stranger to cutting-edge chamber music. The ensemble, comprising Stephanie Key (clarinet), David Mollenauer (cello), Ertan Torgul (violin), and Carolyn True (piano), has collaborated for the past 21 years to “breathe life into the music of new composers.” It celebrates this concert season with featured works by Reena Esmail, Felipe Perez Santiago, Erich Stem, and Timothy Kramer.

The evening culminates in a finale like no other. Audience members have the opportunity to join SOLI onstage in celebration of the 50th anniversary of Terry Riley’s landmark composition In C. The collaborative piece is written for any instrument, to be performed by any number of players. The performers begin at varying moments throughout the composition.

“It creates this pattern that is never duplicated in any other performance because you could never do the same thing ever again,” Torgul says with audible excitement. “We’re going to have about 50 people onstage at the Tobin participating on all sorts of instruments, like ukulele, euphonium, and I think a harp player just signed up yesterday, so it’s a really interesting piece.” Advance registration is required here as there will be rehearsals prior to the show.

If you can pick yourself off the floor after the evening’s grand finale, there will be a double CD release of SOLI-commissioned works in the lobby. Música, por un tiempo includes four pieces commissioned and premiered by SOLI over the last 20 years. The composers showcased on the album include Timothy Kramer, Robert Xavier Rodriguez, David Heuser, and Alexandra Gardner. Portraits reprises “Hot off the Press,” a 2012 concert program, and includes three recently commissioned works by Peter Farmer, Erich Stem, Elliott Miles McKinley, and Diego Vega. Libations and snacks will be provided in the lobby.

In a Facebook post on November 24, Mark Phariss, one of the plaintiffs in the Texas equal marriage case announced,...