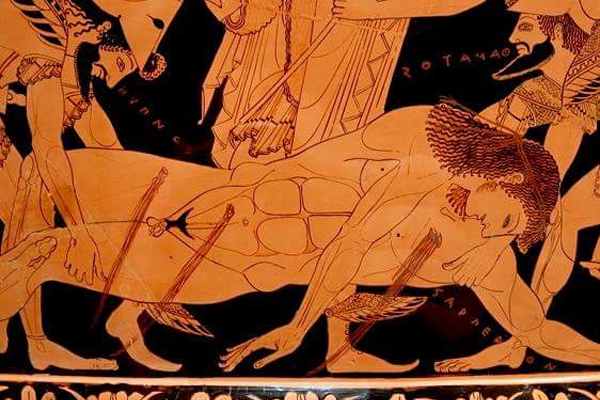 Detail from the Greek Euphronios Krater (or Sarpedon krater) circa 515 BC.

From the ancient Greeks to the work of Robert Mapplethorpe, the penis in art has had an extensive treatment, one which any art historian would be hard-pressed to ignore.

On Wednesday, March 1, local curator and art historian Ruben C. Cordova will present a lecture on this very topic at Fl!GHT Gallery.

Held in conjunction with the Ángel Rodríguez-Díaz exhibitions From Nueva York and The Full Monty/ El Mero Chile, the lecture will give an abreviated history on this often controversial subject.

Cordova is the curator of the two current exhibitions at FL!GHT which feature the early works of Rodríguez-Díaz and which will close on March 3.

Included in the exhibition is Adam, Rodríguez-Díaz’s famous portrait of a nude Carribbean male. The painting became a cause célèbre when it was censored during an exhibition in New York in 1992.

Hollywood embraced diversity with its 2017 Oscar nominations that included actors of color in all the acting categories — a...