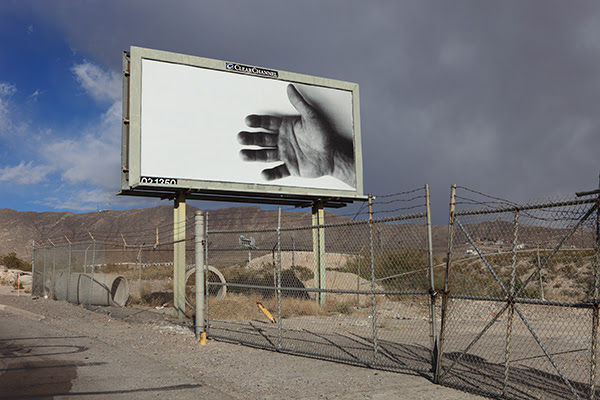 Untitled (For Jeff), 1992, image courtesy of the Felix Gonzalez-Torres Foundation

Since his death in 1996 at age 38 from AIDS-related complications, Felix Gonzalez-Torres has emerged as one of the most recognized artists of the late-20th century.

In 1995, along with French artist Annette Messager and San Antonio’s own Jesse Amado, Gonzalez-Torrres inaugurated Artpace’s International Artist-in-Residence program. In 2010, as part of its 15th anniversary, Artpace presented an exhibition throughout four Texas cities (San Antonio, Houston, Dallas and El Paso) comprising 13 billboard works by the artist. It was the first exhibition to survey Gonzalez-Torres’ billboard works and garnered international attention.

Now, as part of its yearlong 20th anniversary celebrations, Artpace has announced the release of a new book, Felix Gonzalez-Torres: Billboards, which catalogs the 13 billboard works and documents the 2010 exhibition.

In the words of Emilie Keldie, director of the Felix Gonzalez-Torres Foundation, “Felix Gonzalez-Torres: Billboards beautifully illustrates the ways these artworks can re-contextualize the locations in which they are installed and how they can continually accrue meaning in new settings … Gonzalez-Torres considered the ongoing photo-documentation of the billboard works to be a conceptual part of the artworks themselves; the Billboards book is a fantastic resource for anyone interested in that aspect of the work.”

A book launch party is set for December 10 at Sloan Hall.

The board of directors of Fiesta Cornyation announced on December 8 that for 2016 there will be two Kings Anchovy,...