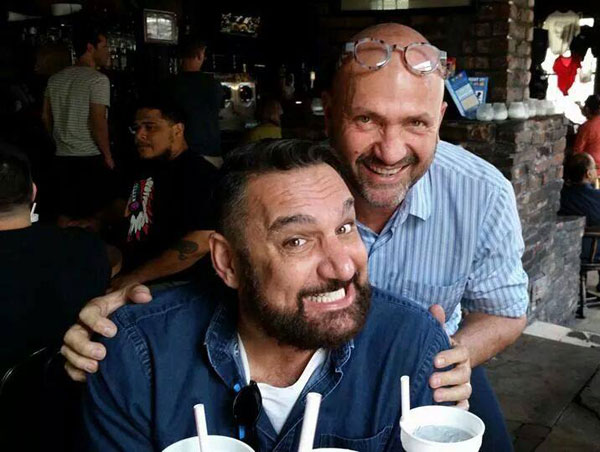 The board of directors of Fiesta Cornyation announced on December 8 that for 2016 there will be two Kings Anchovy, a first for the organization.

In a Facebook post, Cornyation board member Jesse Mata announced, “Congratulations to Wayne Beers and Michael Bobo of the fabulous, storied W. D. Deli, your Kings Anchovy LI. Get ready to serve that fish in April, gentlemen.”

In response, Bobo posted, “They’re saying that there are crowns in our future! We are so excited at the thought of participating in Cornyation 2016 as Kings Anchovy. Cornyation has always been one of our favorite things about Fiesta. We can’t wait! This is going to be insane!”

This is the first time Cornyation has appointed two kings but not the first time it has had two monarchs. In 2014, Steve and Jody Newman, proprietors of the Friendly Spot Ice House served as King and Queen Anchovy.

Beers and Bobo, proprietors of W.D. Deli, were married on December 28, 2011 in New York City. In 2014, they were recipients of the Community Ally Award from the local chapter of the Human Rights Campaign. In announcing the award, HRC wrote of the couple:

Local business owners, Wayne D. Beers and Michael R. Bobo, will accept the 2014 Community Ally Award. Wayne and Michael are owners of the frequently lauded and San Antonio favorite, W.D. Deli, a café and catering business since 1990. Long-time supporters of the Human Rights Campaign, Mike and Wayne have endlessly been active contributors to local LGBT efforts and events throughout our great city. Over the years, they have consistently and deliberately been partners of the community – helping with organizational fundraising efforts, donating their catering services, generously opening their deli and their gorgeous Monte Vista home. Wayne and Mike are often at the heart of worthy efforts, not only for the Human Rights Campaign or LGBT community, but for many other various local or statewide organizations.

Cornyation is one of the most popular events held during Fiesta San Antonio, typically selling out all six of its performances each year. Over its life as a nonprofit organization, Cornyation has donated over $2 million to local charities.

This year, Cornyation gave $90,000 each to the San Antonio AIDS Foundation and BEAT AIDS. An additional $20,000 was awarded to four Robert Rehm scholarships for theater arts students.