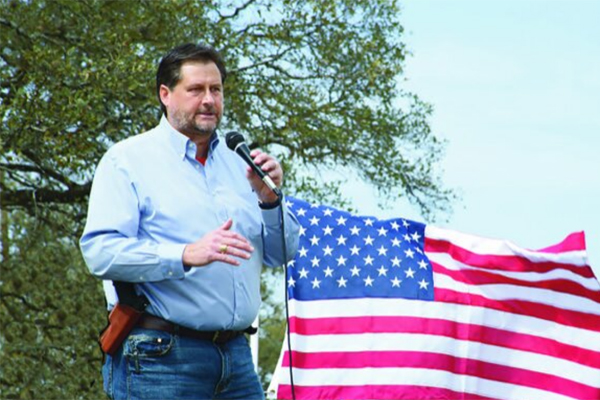 Assclown Alert is a San Antonio Current column of opinion, analysis and snark.

San Antonio Councilman John Courage may be a lot of things — a retired teacher, a former Air Force police officer and a guy with some progressive ideas elected in the traditionally conservative-leaning District 9.

But one thing we’re pretty sure he isn’t, is a Marxist.

Yet Patrick Von Dohlen, Courage’s opponent in the June 5 runoff, has accused him of being just that. Von Dohlen has also alleged that his rival wants to defund the police and supports “federally funded abortion on demand,” according to a San Antonio Express-News report cataloging the candidate’s increasingly absurd accusations against his opponent.

As if that rhetoric wasn’t overheated enough, Von Dohlen — a financial advisor with a history of anti-LGBTQ+ rhetoric who already ran two losing races against Courage — last week made unsubstantiated claims that his rival sought help from “gun-grabbing” Beto O’Rourke and “ultra-leftist” Wendy Davis, the daily reports.

Although Von Dohlen didn’t return the Express-News’ calls requesting comment, the motivation behind his desperation move is clear. Sensing the polarized mood in national politics, he’s trying to gin up fear that Courage, who’s run a nonpartisan campaign, is a leftist boogeyman.

That Von Dohlen couldn’t gain traction against Courage in 2017 and 2019 and only ended up ended up with 36% of the vote to Courage’s 47% in the four-candidate May 1 contest suggests the strategy won’t bear fruit.

But, hey, at least Von Dohlen outed himself as an assclown unfit for office.

In a May 18 press release, the Stonewall Democrats of San Antonio"strongly urged" voters not to cast ballots in the June...