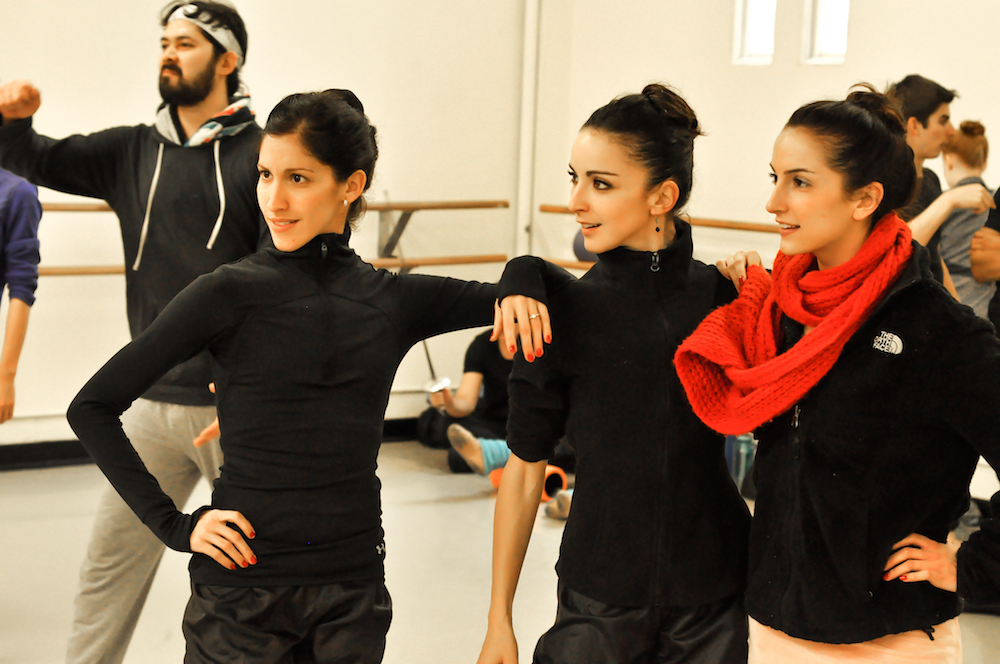 Members of Ballet San Antonio in rehearsal Winter 2015. Photo by JPL PRO for Out In SA.

Ballet San Antonio closes out their successful 2014-2015 season with Balanchine at the company’s resident venue, the Tobin Center for the Performing Arts. The company performs Donizetti Variations, choreographed by the iconic George Balanchine, as part of the evening’s performance. The late Balanchine, largely considered the “father of American Ballet,” was the co-founder of New York City Ballet, which last performed Donizetti Variations in January. The 26-minute piece was created by Balanchine in 1960 and is set to the music from the opera Dom Sébastien by Gaetano Donizetti. Ballet SA was granted special permission to perform the jovial, but athletically demanding piece, by the George Balanchine Trust and brings his work to San Antonio for the first time. The company also performs new contemporary works choreographed by Ballet SA’s artistic director Gabriel Zertuche. The evening is sure to inspire and enliven, closing out the season on a perfect note for beginning of spring.

" ... practice is a means of inviting the perfection desired." “Squeeze your legs together like Gertrude and Alice!” exclaimed...