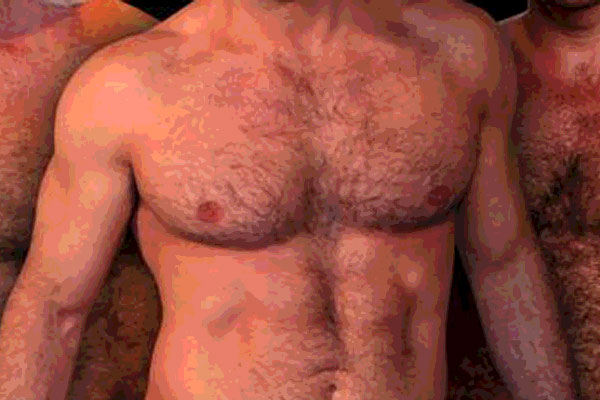 Additionally the invitation urged those attending to bring their own “party favors,” street lingo for drugs, mostly crystal meth. By the time the day of the party rolled around, 35 men had signed up to attend.

Such gatherings happen regularly in San Antonio, facilitated by hookup websites where gay and bisexual men can seek out anonymous sexual encounters with others who want to “PNP,” party (with drugs) and play (have sex).

Unprotected sex and drugs have sparked a troubling trend for San Antonio: An increase in rates of sexually transmitted diseases, including HIV, especially among young men who have sex with men.

An email sent out last week by the San Antonio Metropolitan Health District explains, “In the past five years, the HIV epidemic has expanded in San Antonio, particularly among young gay and bisexual men. San Antonio is home to the largest ‘hot spot’ of new HIV infections in the United States.”

In response to this alarming trend, Metro Health is sponsoring a one-day workshop on October 11 for civic leaders, community workers, caregivers, and those affected by the epidemic to hear the latest updates on HIV in San Antonio, and to develop a response.

In Bexar County, an increase in syphilis

The incidence of syphilis is prevalent among San Antonio’s gay and bisexual men according to data provided by the Texas Department of State Health Services.

Data provided by the Texas Department of State Health Services

The rate of syphilis among all populations in Bexar County increased by two percent from 2014 to 2015, the most recent year data is available. While the increase is small, the cumulative effect represents a disturbing trend when you consider that 49 percent of all new cases diagnosed were among gay and bisexual men.

The local syphilis statistics reflect a national trend. In 2015, gay and bisexual men made up more than 60 percent of early syphilis cases, a report from the CDC found.

Health officials say the rise in the number of reported STDs is due in part to the fact that more people are getting tested. “A large part, maybe all, of the increase appears to be linked to the ability to diagnose more infections through better testing and an increased availability of testing,” DSHS spokesman Chris Van Deusen told the San Antonio Express-News.

In assessing the factors which lead to HIV and STD infection, the CDC has formulated a list of risky behaviors which include:

One advancement in the prevention of HIV is PrEP (Pre-exposure prophylaxis), a pill (brand name Truvada) that keeps HIV negative people from becoming infected. Many sexually active gay men have started using the medication to stay safe. Some men on sex hook-up sites boast of being “negative and on PrEP.”

However, a study from a Northern California health system conducted among a large group of people using Truvada revealed that in quarterly testing all the participants remained HIV negative but the rates rectal gonorrhea and urethral chlamydia increased steadily and doubled after one year.

The results of that study suggest some on the PrEP regimen are engaging in sex without condoms knowing they won’t get HIV but neglect the risk of getting other STD’s.