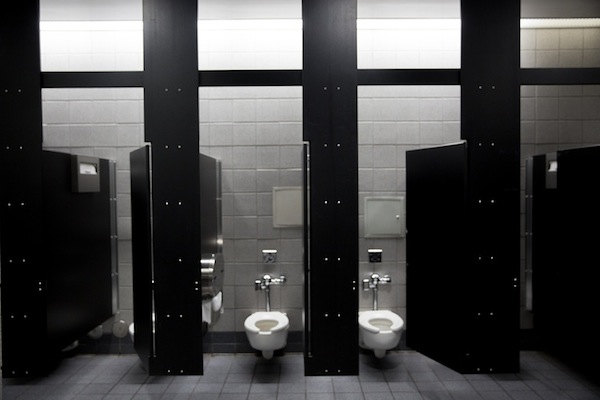 A proposal to gut cities and school districts’ trans-inclusive bathroom policies did not advance in the House ahead of a crucial deadline, nixing the measure’s chances of getting a vote by the full chamber. But that doesn’t mean that the issue itself is dead.

Up against bill-killing deadlines, the House State Affairs Committee on Monday did not act on House Bill 2899, which some were hoping would serve as an alternative to the Senate’s “bathroom bill.” That means the proposal won’t reach the Calendars Committee, which sets the House’s daily agenda.

The proposal, by Republican state Rep. Ron Simmons of Carrollton, would have banned political subdivisions, including school districts, from enacting or enforcing policies to protect a class of persons if those aren’t already protected by federal or state law as applied to bathrooms, showers or changing facilities.

HB 2899 would have nullified parts of nondiscrimination ordinances in several Texas cities that have been in place for decades to protect certain classes of persons, including transgender residents, from discrimination in public accommodations. Those protections are meant to allow them to use public bathrooms that match their gender identities.

The House bill differed from Senate Bill 6 — a legislative priority for Lt. Gov. Dan Patrick — which would regulate bathroom use in government buildings, public schools and universities based on “biological sex,” keeping transgender Texans from using bathrooms that match their gender identities. The measure would also prohibit local governments from adopting or enforcing local bathroom regulations. The Senate passed SB 6 in March.

Shunning the Senate’s proposal, the House State Affairs Committee considered Simmons’ legislation in an overnight hearing last month but did not vote it out. Proponents had hoped the bill would be more palatable to the business community, which has fiercely opposed SB 6; but representatives for Texas businesses and local tourism officials said they were still not on board.

House Speaker Joe Straus, who opposes such legislation, has not referred SB 6 to a committee. Meanwhile, more than half of the Republicans in the House had signed on as co-authors to Simmons’ bill.

Thursday is the last day for most bills that started in the House to win tentative approval, and HB 2899 would have needed to clear the State Affairs Committee on Monday to even have a chance to get onto the House calendar. But the House adjourned on Monday with no plans for the committee to meet.

Simmons on Monday afternoon wasn’t giving up on the issue just yet, indicating he could bring back the bill’s language as an amendment to another piece of legislation. “I still am confident we will have an amendment opportunity,” he said.

But similar efforts in the House to attach language from the Senate’s bathroom proposal onto other legislation have been unsuccessful so far.

Originally published in the San Antonio Current Watching Alyson Alonzo sing is a spiritual experience. When she's performing at a...