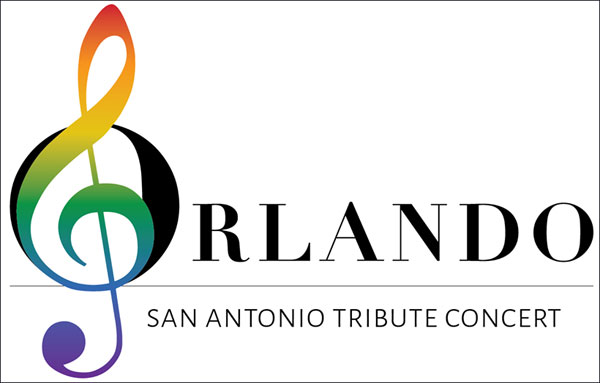 Over 40 classical musicians will participate in an August 13 concert at the University of the Incarnate Word Concert Hall to benefit the victims of the Orlando shootings. Proceeds from the donation-only performance will be sent to The Center Orlando.

The Orlando San Antonio Tribute Concert includes the participation of musicians from San Antonio and other Texas cities. The concert is part of the Orlando Benefit Concert Series which is organizing performances around the state.

The concert’s beneficiary, The Center Orlando, has set a goal to completely cover the costs of funeral expenses, hospital bills, missed wages, utility bills, etc. for the victims and survivors of the Pulse nightclub shootings.

Additional concerts are planned for Corpus Christi at North Agnes Space Acoustics on August 6, in Austin at the Blackerby Violin Shop on August 12, and in San Marcos at the Performing Arts Center at Texas State University on August 14.

The local concert is being organized by Joey Galvan-Nash, a San Antonio musician and owner of The Cello Tree, which provides music lessons and instruction.

“We want to show that San Antonio is aware of what is happening in the gay community and that we are supportive,” Galvan-Nash said in an article in the Rivard Report. “Our own gay community is growing and changing and becoming very active . . . This is a way that we can pay tribute to those who were affected through music.”

The program for the concert includes two string quartets, a performance by pianist Zachary Ridgway, and Samuel Barber’s Adagio for Strings and Beethoven’s Symphony No. 7 performed by the full orchestra with Richard Castillo conducting.

Police Chief William McManus will make a short address at the beginning of the evening.

A reception before the concert will feature performances by two student quartets and hors d’oeuvres provided by The Bike Waiter.

Orlando San Antonio Tribute Concert, Saturday, August 13 at 7 p.m. at the University of the Incarnate Word Concert Hall, 4301 Broadway. Donations are encouraged but not required. Reception from 6 p.m. to 7 p.m. For more information go to the Facebook event page or email Galvan-Nash at [email protected].

A new group, the LGBT L.O.V.E. Support Group, has started organizing meetings and events in New Braunfels for singles and...