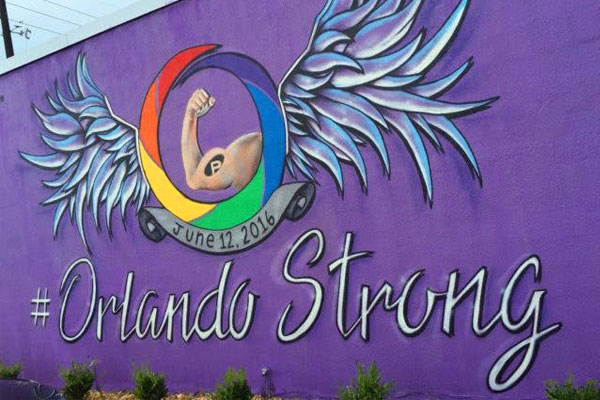 Originally published in the Orlando Weekly.

Vandals have defaced a Pulse memorial mural on the walls of local LGBTQ+ aid organization The Center on Mills Avenue in Orlando, Florida, likely the work of white supremacists.

A poster on Reddit’s r/Orlando forum noticed the sticker had been placed recently right in the center of the mural, covering the Pulse logo. A member of the Orlando Weekly staff also saw the vandalized mural independently.

The sticker, which has since been removed as of Thursday afternoon, bears identifying information for misleadingly-named group the Patriot Front, identified by the Southern Poverty Law Center as a “white nationalist hate group.” 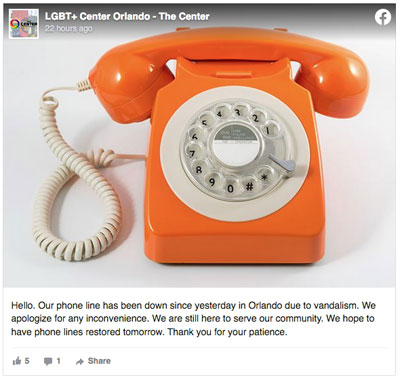 Additionally shitty and no-doubt-related news came from the Center’s Facebook page that their phone lines had been cut yesterday, that all but put them out of commission.

If you want to make a donation to support the Center’s mission to promote and empower the LGBT community, their online donation page is still working just fine.

Gina Ortiz Jones, who's running for the Texas 23rd Congressional District Seat, was among 22 candidates endorsed by former presidential...