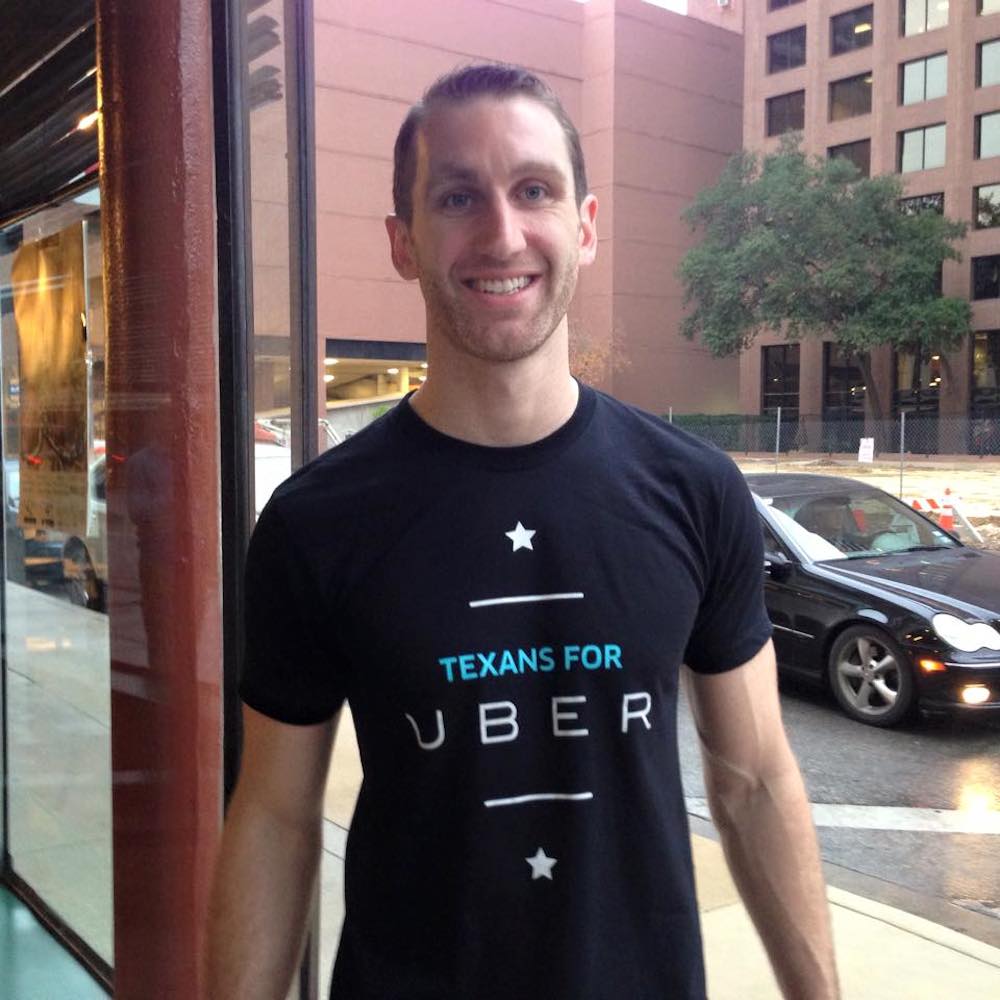 In a 7-2 vote, San Antonio’s City Council amended its vehicle-for-hire laws to include regulations for transportation network companies (TNCs) such as Uber and Lyft. The new regulations will go into effect March 1 of next year. While the new regs will allow the TNCs to operate legally within San Antonio, they might drive Uber and Lyft out of  the Alamo City, based on statements by the companies. The companies are still assessing the impact of the amended ordinance and have not issued statements confirming a departure.

Sixty people signed up to speak before council during the public-comment period preceding the vote. A number of Uber supporters were scattered throughout the chamber, wearing black “Texans for Uber” shirts distributed at a rally before the contentious council meeting. From young college students looking for an easy way to make spending money while attending school, to retirees who used their spare time to supplement retirement income, Uber drivers talked about the safety measures the company goes to to ensure passenger safety.

In some instances, college students who had ditched their cars reiterated the message both Uber and Lyft promote that TNCs reduce drunk driving. When Leandre Johns, General Manager for Uber, asked Uber drivers to stand, about half of the crowd in chambers got to their feet. Johns pointed out to council that creating barriers for the rideshare program would most likely affect the livelihoods of every one of those standing before them.

But just as the room was filled with rideshare supporters who were opposed to the regulations, taxi drivers showed up to voice their support for the regulations and urged passage without delay. Some held yellow signs pointing out the safety risks TNCs posed to passengers, including a few highlighting the recent stories of driver attacks on riders in India and in other cities.

After those who signed up had spoken in a marathon reminiscent of the debate over the 2013 NDO, District 3 Councilwoman Rebecca Viagran, chair of the Public Safety Committee, offered a series of amendments to the regulations presented by departing Police Chief William McManus. The amendments, designed to soften the impact of the regulations, appeared to have been drafted so quickly that it caught not only council members and the media off guard, but also the chief, who had to defer to Viagran when questioned on some points.

At one point, District 9 Councilman Joe Krier asked McManus how far other Texas cities had moved on regulating rideshare programs. McManus said Houston had enacted regulations, Austin was in an evaluation period with its regulations, and Dallas had just passed regulations the day before. McManus said the Dallas regulations were actually more lax than San Antonio’s, which spokespeople for both TNCs claim to be some of the most restrictive in the nation.

Compared to Dallas, which established two tiers of insurance coverage for rideshare and taxis, San Antonio’s regulations kept the single tier currently in place for taxis and required $200,000 excess liability coverage for TNC vehicles to cover any potential gap in the primary insurance provider while waiting on a fare. With regards to background checks, Dallas followed a trend across the country of standard background checks; San Antonio requires 10-fingerprints background checks, drug tests, and a number of other requirements that sound excessive.

District 8 Councilman Ron Nirenberg noted the fast pace of the development and adoption of the rules, and complained about not getting copies of the amendments until 20 minutes prior to the vote. He and District 4 Councilman Rey Saldana advocated for delaying the votes to not only digest the changes, but also to give new council members for District 1 and 2 time to weigh in on the changes.

Alan Warrick, the newly elected council member from District 2, appealed to council to delay passage to allow him the opportunity to examine the ordinances and vote on them after being sworn in. Warrick had to defer to outgoing Councilman Keith Toney, who lost a runoff between the two on Tuesday. Since Warrick can’t be sworn in until next Tuesday, after the votes are canvassed, he could only speak from the floor along with other citizens.

While public safety seemed to be one of the biggest concerns of councilmembers who supported passage, they also seemed motivated by disdain fueled by the TNCs decision to ignore the chief’s cease and desist order. Toney pointed out that it would be hard to believe the companies would adhere to relaxed regulations given their lack of respect for the current regulations.

In the end, Nirenberg motioned to delay considering the regulations until a later date, but he was joined only by newly appointed District 1 Councilman Robert Trevino and Saldana. Viagran motioned for passage. Seven members voted for the regulations, leaving Nirenberg and Saldana to vote no and Trevino to abstain. District 7 Councilman Cris Medina was absent for both votes.

For now, Uber and Lyft continue to operate in the city, even though the cease and desist order remains in effect. Whether they decide to pull out remains to be seen. With the holiday season coming up and the numerous Christmas parties and New Year’s Eve celebrations, it’s hard to see them passing up the surge in business.

In a vote the by City Council on December 11, Robert C. Trevino was chosen to replace City Councilman Diego...