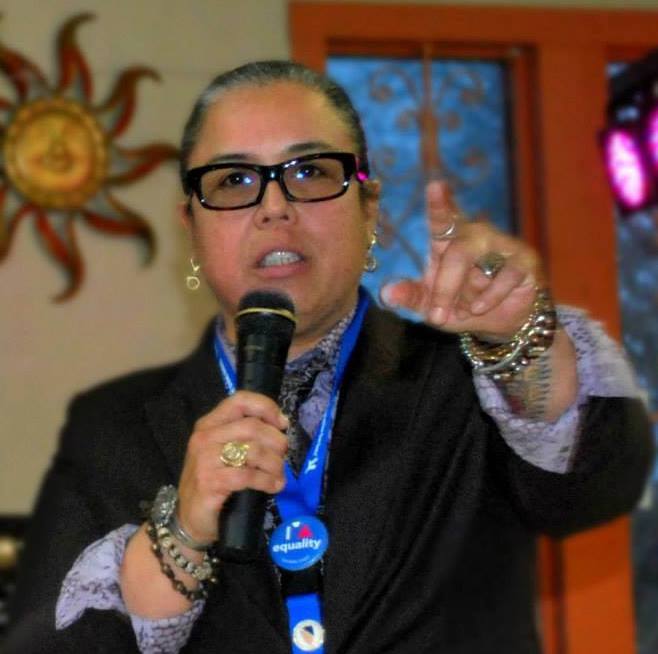 Attorney Rosie Gonzalez ran unopposed for Judge County Court at Law No. 13 in the March primary and today is the only Democratic LGBT candidate vying for office in the November 4 election.

Born and bred in Brownsville, Texas, Gonzalez has lived in San Antonio for almost 30 years. She attended St. Mary’s University where she earned her Bachelor of Arts in Political Science and later her law degree.

Gonzalez has a family law practice and is a graduate of the Women’s Campaign School at Yale University. She has a long established history of coordinating campaigns and consulting for women candidates.

Prior to becoming an attorney, Gonzalez says she worked in the many areas of social work including child abuse investigator, community emergency assistance program coordinator, gang counselor, program director for an adolescent substance abuse program and juvenile probation officer.

This is Gonzalez’s second run for office. In 2010, she was endorsed by the Victory Fund but was unsuccessful in her campaign for Judge Bexar County 436th District Court.

What are the primary issues that this judgeship would deal with?
This Court, Bexar County Court at Law No. 13 adjudicates primarily Assault Bodily Injury Cases (Domestic Violence-Family) cases. The bench is being vacated by the Hon. Monica Gonzalez who has done a tremendous job of moving the docket and getting cases disposed of. I hope to do as good a job, if not better in that respect. I want to explore trauma therapy as a remedy for victims of domestic violence, as well as broaden the options for defendants in the area of community service.

What in your background and work experience qualifies you for the position?
I have served this community by working in the deep trenches of social service provision for the past 27 years. I have been a staunch advocate for children, women, families and disenfranchised populations this entire time.

The first 11 years were devoted to working as a child abuse investigator, working as a Community Emergency Assistance Program Coordinator assisting the indigent, working as a gang counseling facilitator at Harlandale High School; substance abuse counselor and Program Director at the Mexican American Unity Counselor, serving as an Intensive Supervision Juvenile Probation Officer in Travis County, teaching at my old high school in Brownsville, Texas, and working at numerous residential treatment facilities . . . all before returning to law school. Since I started practicing law, I have focused my practice primarily in the area of Family Law.

Early in my legal career I also practiced Criminal Law and represented many defendants who had Assault cases pending against them. In the past few years, my focus has been on Child Welfare Litigation, to the extent that I earned my Board Certification in the Specialized area of Child Welfare Law. I am board certified by the National Association of Counsel for Children and recognized as a Child Welfare Law Specialist by the Texas Board of Legal Specialization.

I want to use my life and professional experiences, my skills and expertise to help address and decrease the overwhelming problem of domestic violence in Bexar County. I hope to be able to work with not only other misdemeanor courts, but the Protective Orders prosecutors and Civil District Courts judges who preside over family law cases involving domestic violence.

Any words for the voters regarding the November election?
This election has the potential of being a historical mid-term election but only if traditionally identified minorities in this majority minority state of our’s vote. The election results will depend on voter turnout, period.

Although Bexar County has a 60/40 split as to registered Democrats as opposed to registered Republicans, the last few election cycles have seen a growing number of Republican and Tea Party voters exercising their right to vote, to the extent that they have outvoted Democrats. An important lesson I learned working in the area of social services is that a community best thrives when their leadership and service providers reflect the demographic make-up of said community.

Our community exceeds over 60% in minority (people of color, LGBTQ) residents, but our county government, city leadership, judicial representation does not reflect that make-up. Our community should have government, leadership and representation that best reflects us. The only way we can change this is to exercise our right to vote. It is not good enough to be a registered voter if you do not vote. Mid-term elections are the elections that most affect our local status.

Each vote counts in local elections, unlike Presidential Cycle Elections. So I encourage everyone to get registered to vote AND THEN VOTE. Vote early (October 20-31) or vote on Election Day (Nov. 4). I humbly ask for everyone’s vote and look forward to being your LGBTQ judge on the bench.

Thanks to the Majestic Theatre, you and a date can have Tuesday evening with dreamy 11th-season Idol winner Phillip Phillips,...