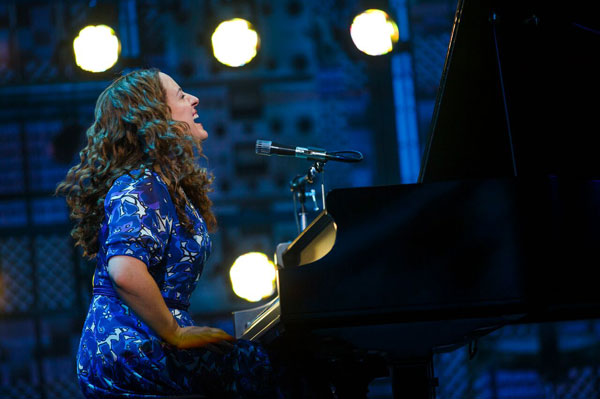 The songs of Carole King have been recorded by artists across every genre from pop princess Mandy Moore to Queen of Soul Aretha Franklin.

King’s 1971 album, Tapestry, featuring the classic singles Beautiful and I Feel the Earth Move, is one of the biggest sellers of all time and set a gold standard for songwriters everywhere.

Now, Beautiful: The Carole King Musical, a Tony and Grammy Award winning Broadway hit, will make its San Antonio premiere as part of the North Park Lexus Broadway in San Antonio series at the Majestic Theatre.

Featuring some of King’s most beloved songs, the musical tells the story of the singer songwriter’s rise to stardom as one of the most successful solo acts in popular music.

With a book by Douglas McGrath and direction by Marc Bruni, Beautiful made its Broadway premiere at the Stephen Sondhiem Theatre in January 2014 becoming one of the highest grossing productions in the theatre’s history.

Let’s face it: We live in a world where organized religion has been increasingly weaponized. We have been confronted with...