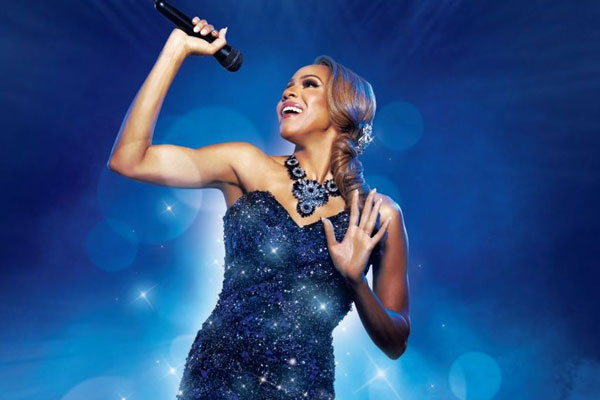 The Majestic Theatre will kick-off the 2017 – 2018 season of its North Park Lexus Broadway in San Antonio series with the hit musical The Bodyguard beginning on September 19.

Based on the 1992 Lawrence Kasdan film starring Whitney Houston and Kevin Costner, The Bodyguard made its world premiere in December 2012 at London’s Adelphi Theatre.

When former secret service agent turned bodyguard, Frank Farmer, is hired to protect Rachel Marron from an obsessed stalker, he never expects to fall in love with the pop superstar.

A romantic thriller, the musical features some of Houston’s biggest hits including the classic “I Will Always Love You” and “I Wanna Dance With Somebody.”

The U.S. tour of the musical stars multi-platinum R&B recording artist Deborah Cox as Rachel and Judson Mills as Frank.

In February, Cox spoke with The Source about the challenges of starring in the musical. “I know the audience’s expectations are very, very high,” Cox said. “Our beloved Whitney is an artist we treasure and we love her legacy of music, so this show really has a lot of that in it. I know and understand the integrity that needs to be kept with the show and the storytelling.”

Jasmin Richardson is scheduled to play the role of Rachel Marron for the Saturday matinee and Sunday evening performances.

A video released by Equality Texas last week features a dad from Little Elm, Texas speaking out in support for...