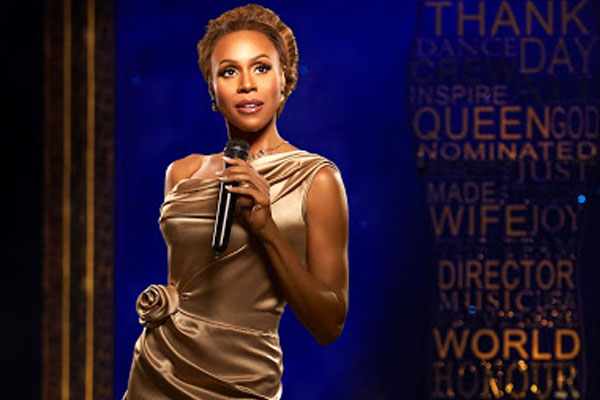 In the 2000 single Same Script, Different Cast by Whitney Houston and Deborah Cox, the two women sing about a philandering partner who has led their relationship awry. “I was his star for many nights,” Houston tells Cox. “Now the roles have changed and you’re the leading lady in his life.” The duet’s purpose was twofold. It would introduce Cox to a larger audience while serving as one of the promotional singles for Houston’s Greatest Hits album.

Fast forward 17 years later and Cox is now playing the lead role of Rachel Marron in the touring production of The Bodyguard Musical. The role was originated by Houston in the 1992 Lawrence Kasdan film starring Kevin Costner. The musical adaptation of the film made its world premiere in December 2012 at London’s Adelphi Theatre.

A romantic thriller, The Bodyguard Musical features some of Houston’s biggest hits including the classic “I Will Always Love You” and “I Wanna Dance With Somebody.” The production will be on stage at the Majestic Theatre in San Antonio from September 19 to 24.

In February, Cox spoke with The Source about the challenges of starring in the musical. “I know the audience’s expectations are very, very high,” Cox said. “Our beloved Whitney is an artist we treasure and we love her legacy of music, so this show really has a lot of that in it. I know and understand the integrity that needs to be kept with the show and the storytelling.”

Jasmin Richardson is scheduled to play the role of Rachel Marron for the Saturday matinee and Sunday evening performances.

San Antonio Mayor Ron Nirenberg announced on September 6 that he is appointing a liaison to the LGBT community. Juany...