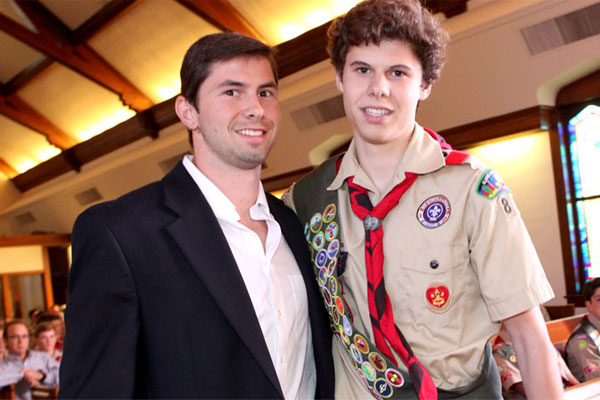 A law aimed at preventing and combating cyber-bullying is headed to Texas Governor Greg Abbot’s desk after receiving a majority of votes in the House of Representatives and an unanimous vote in the Texas Senate.

The new measure, Senate Bill 179, is dubbed David’s Law after David Molak, a 16-year-old Alamo Heights High School student who committed suicide after being bullied by classmates on social media over his physical appearance.

David’s Law would make it a Class A misdemeanor to electronically harass or cyberbully someone under age 18 through text messages, social media, websites or other means with the intent of causing them to commit suicide or harm themselves.

“What we’ve done in David’s honor is be able to send a message to kids that we care about them, and we want to protect them, and we’re going to do everything we can as a state in order to be able to do that,” Molak’s mother Maurine told the San Antonio Express-News. Last November, State Senator Jose Menendez introduced the legislation in the Senate and State Representative Ina Minjarez did the same in the House.

In an interview last October with Out In SA, Mendendez said Texas laws need to keep pace with evolving technology. “David’s Law will empower school administrators and law enforcement to go after and reprimand the bullies who prey on students, while focusing on rehabilitation. David’s Law will prevent and combat bullying in schools through several measures.”

The new law is being enacted at a time when cyberbullying is taking a toll nationwide. Locally, there were 777 claims of bullying and harassment in San Antonio area schools during the 2014-2015 school year according to a report published in the Express-News.

In announcing the passage of David’s Law, Menendez said:

“Today Senators from both parties, from every walk of life, and from every corner of the state spoke with one voice in unanimous support of David’s Law. We owe the passage of Senate Bill 179 to the families who ensured the death of their child would result in a change of bullying policies across the state. They bared their tragedy to the legislature and urged us to act. Today, we did. David’s Law will empower schools, parents, and law enforcement to tackle cyberbullying. However, I hope it does more than that. I hope it signals a change in our culture – a reprioritization of our values. The Texas Legislature took a strong stance against bullying. I know the ripple effects will save a child’s life.”

Dancing as a Cure for Poison Ivy (Taylor)

Almost one hundred people from the LGBT and allied community brought their protest to Mayor Ivy R. Taylor's home for...