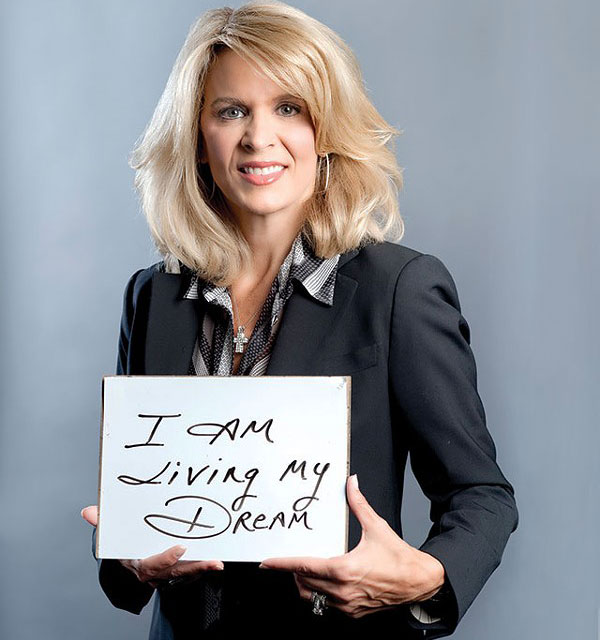 Dawn Lafreeda will receive the Equality Award on November 5 at the HRC San Antonio Gala and Silent Auction. (Photo by Sarah Brooke Lyons via SA Current)

The San Antonio chapter of the Human Rights Campaign announced it will present restaurateur Dawn Lafreeda with the Equality Award at their annual Gala and Silent Auction on November 5 at the Grand Hyatt Hotel.

The Equality Award is given annually to “an individual who works toward equality for all citizens of San Antonio.” Past recipients include Rabbi Barry Block, Police Chief William McManus and former City Councilman Diego Bernal.

Lafreeda was born in Philadelphia but grew up in Orange County, California. She is president and CEO of Den-Tex Central Inc. which consists of 75 Denny’s Restaurants in seven states. She is the largest single-owner Denny’s franchisee and sits on corporation’s franchise advisory board.

“I knew from a young age I was going to own my own business. I always knew I was going to be self-employed,” Lafreeda told Entrepreneur Magazine in 2014.

Lafreeda started working at a Denny’s when she was 16 and by the age of 23 purchased her first restaurant in Globe, Arizona. A year-and-a-half later she purchased four Denny’s in West Texas, according to Entrepreneur.

She eventually moved to San Antonio and expanded her restaurant empire. “I’m an entrepreneur so I work for myself and create my own destiny of building more restaurants. I’ve had the opportunity to earn more with owning my own company,” she told the San Antonio Current in 2013. Lafreeda’s business is a family affair with Lupita Corbeil, her partner of 22 years, serving as vice president of human resources. The couple are parents to 12-year-old twins Cruise and Connor.

Last year, when Lafreeda and Corbeil were named two of the Most Influential LGBT citizens in San Antonio by Out In SA, Lafreeda told the magazine, “Coming from nothing, I understand how hard it is to start. I feel so fortunate that my path led me to such success, and I feel it’s my social responsibility to give back.” To that end, she has been a prominent supporter of HRC, the Family Equality Council, Equality Texas, No Kid Hungry, and numerous other organizations.

“There are so many big donors for non-gay related charities. You have the whole country giving to these organizations. I believe that as a gay woman with what I have, it’s my job to give back to the gay community too,” she told Out In SA.

In an interview with Franchising.com, Lafreeda was asked to name her favorite quote. She offered this piece of advice from American impresario and author Napoleon Hill: “You can be anything you want to be, if only you believe with sufficient conviction and act in accordance with your faith, for whatever the mind can conceive and believe, the mind can achieve.”

The Playhouse Opens Season with Beauty and the Beast