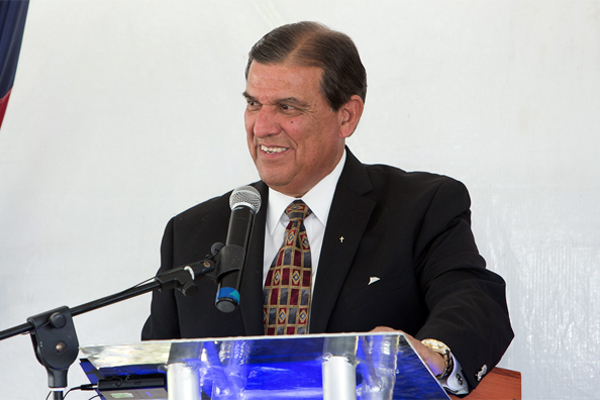 Democratic state Sen. Eddie Lucio, Jr. of Brownsville announced at a press conference on March 6 that he will vote in support of Senate Bill 6, the so-called bathroom bill being championed by Lt. Gov. Dan Patrick.

SB6 bars transgender people from using the bathroom that matches their gender identity and would prohibit local ordinances from protecting trans citizens from discrimination in public accommodations. The proposed bill incurs criminal and civil consequences for those who do not comply with the law.

“Children, youth and parents in these difficult situations deserve compassion, sensitivity and respect without infringing on legitimate concerns about privacy and security from other students and parents,” Lucio said at a press conference where several of the bill’s supporters, including Patrick, were present.

Sen. Lucio’s “yes” vote is the only one from a Democrat and brings the total to 18 senators who are on the record in favor of the bill.

Some political watchers were not surprised that Lucio, who is a devout Catholic, would support SB6. He has long endorsed legislation which makes getting an abortion in Texas more difficult.

“My father preached love and service in my house growing, and although I sincerely believe that his position is not rooted in hate, it is still wrong and will create adversity for many,” the younger Lucio said in a statement.

For his part, Patrick has been making the rounds to rally support for SB6. At a March 6 briefing for pastors hosted by the anti-LGBT Family Research Council, Patrick invoked the Battle of the Alamo, where 189 people died because, Patrick said, “they believed in something.”

Ballet SA to Give Annual Outdoor Performance at Travis Park

Ballet San Antonio was founded in 1985 by Mayra Worthen and Melissa Hale Coyle and has since become one of...