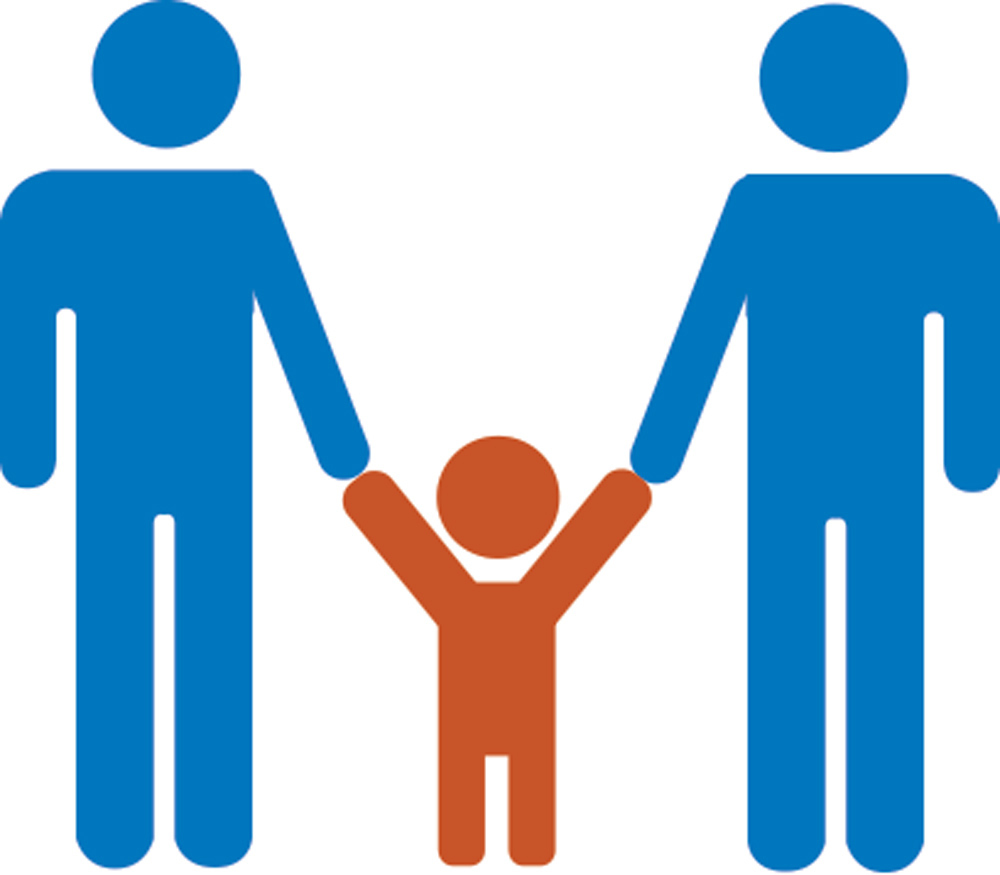 If we fail, do we let the LGBT community down and prove our opponents’ beliefs true?

It happened again. We were sitting at a restaurant–husband, two sons, and me. “Two checks?” asked the waitress. I’m always surprised. Our stock answer: “No, one family.” Then, an askance head cock, shoulder shrug, or a mildly perplexed look followed by a half-smiling, “Ahh.”

My favorites are the occasional moms sitting near us. Set the stage: a table across from us with two ladies who lunch. Their friendly, peripheral stare is unavoidable. Inevitably I look over, friendly of course, and am met by a warm smile that seems to want to say something. I smile back.

I speak this time: “How are you?” directed at two gray-haired ladies, one of whom reminds me of my mother.

“It’s so nice to see two fathers taking their sons out, so nice of you to give your wives the day off.”

I know that most female-male-kid combos are assumed to be a family. Where is the default thinking for same-sex parents? But it’s not the stuff to get stressed about. Or is it?

Several years ago, we were on a camping trip with a lesbian couple who, like us, had adopted former foster children. Around the campfire, we found ourselves in an interesting discussion. The question: Do gay and lesbian parents have to try harder?

Recently I took this question to more than 20 lesbian and gay parents I know across the country. They are coupled and single, men and women, of varying ages, with kids ranging from newborn to adult. The children are biological (from straight relationships, born to lesbians, or through surrogacy) and adopted (in-family, private organizations, and public agency).

One common observation: Sexual-orientation aside, parenting is hard, usually harder than anyone expected. It is a bewildering but beautiful landscape. Like committed straight parents, they admit to doing the best they can with what they have. But deeper discussion revealed more complicated concerns.

Many of the parents I spoke to conveyed a pressure to be perfect. Due to public skepticism about same-sex parenting and the insinuation of ulterior motives–the classic “recruiting”–we often feel like we’re under heightened scrutiny. Put another way: If we fail, do we let the LGBT community down and prove our opponents’ beliefs true?

A fascinating concern of many of the parents I interviewed is a deep desire to raise a socially aware child informed by the rich tapestry of human rights issues that have defined the LGBT community–civil-rights struggles, feminist politics, and a sensitivity to diversity. Plenty of noble straight parents are similarly committed, but it seems we expect our kids to be more enlightened.

Particularly unique is the number of same-sex parents I spoke to who are parenting children with significant differences. From raising children with an ethnicity different from the parent(s)’ to a staggering number of special-needs children, there is no doubt that physical and cultural challenges abound.

On the lighter side, some dads point to a reality-TV-style pressure to be fabulous, with Pinterest-perfect kids whose lives are curated by Pottery Barn and chronicled daily on Instagram. Such pressure–on us and the kids! No thanks; being an average dad is A-Okay with me. Many of the guys mentioned a specific skepticism of them as parents. I don’t know why, particularly, aside from an obvious observation that the gayby boom was firmly underway among lesbians decades before guys jumped on the train. Add to that the common social preconception that mothers are more natural parents. Perhaps the sexuality of lesbian moms is easily invisible while gay dads tend to feel more eyes on them.

I confess to sharing the feeling that society is likely more suspicious of men as parents, whether single or in pairs, for obvious gender-normative reasons. The critic is more likely to be confused about why a gay man would even want to parent without a mother present, fueling an unspoken but constant pressure to prove yourself able.

A psychologist I know reports counseling gay and lesbian parents who are under an unusually high level of stress. Because we are cutting new ground, he sees pressure for everything to go right and watches us being hard on ourselves when things go wrong. And things to do go wrong when you’re raising kids. He encourages same-sex parents to cut themselves some slack.

A common observation: how easy it usually is for our straight counterparts to have kids, while we go to great lengths. Becoming a same-sex parent takes great intention and persistence. Those little bundles of joy come into our lives in a variety of ways, but for same-sex parents the delivery often comes with a high price and an extraordinary time commitment. It’s never an “accident.” Depending on the method parents choose, they could deal with invasive home studies, countless court hearings, parenting classes, legal documents, birth-certificate battles, counseling sessions, tens of thousands of dollars (not covered by insurance), and often years of heartache. International adoptions and surrogacies are a delicate dance that can get derailed at any stage. Even having children from (prior) heterosexual relationships may seem more straightforward, but are sometimes fraught with complicated joint-custody arrangements and other considerations.

Of course, all of this gets better with clearer state and federal laws, including marriage equality. That can’t come soon enough for the sake of our kids.

Most parents I spoke with were a bit surprised by the simplicity of my question, but welcomed its underlying complexity. They confessed to usually being too exhausted to think about such things. Sounds right to me! I was moved by how many of them wanted to move quickly from themselves to what’s best for their children. Perhaps proving that there ultimately is no difference among parents, they are mainly focused on wanting their children to be happy, healthy, and headed toward successful adulthood. They especially worry about bullying and social stigma, especially because of their sexual orientation.

Most heartwarming, while all new same-sex parents report concerns about how they will be welcomed by school administrators and teachers, no one reported bad experiences. I know from K-12, Georgia to Texas, my family has always been met with acceptance by excellent teachers and principals. (I know there are exceptions out there.)

The parents of kids’ friends can sometimes present a challenge, however. I heard stressful reports of awkward social situations involving play dates, parties, field trips, and sleepovers at the hands of disapproving parents. There was often a happy ending, though. Change happens one kid at a time.

As Psych 101 teaches us and, in turn, we teach our children: When you work so hard for something, you value it and protect it. In raising children, the stakes are high. Perhaps this explains why every gay and lesbian parent I know who worked so hard to become a parent takes their parenting very seriously. It’s humbling that despite the lengths we go to to bring children into our lives, gay and lesbian parents are simply being good parents, and not specifically gay or lesbian parents.

With less than 48 hours before the event, it appears that Interim Mayor Ivy Taylor will not be attending the...