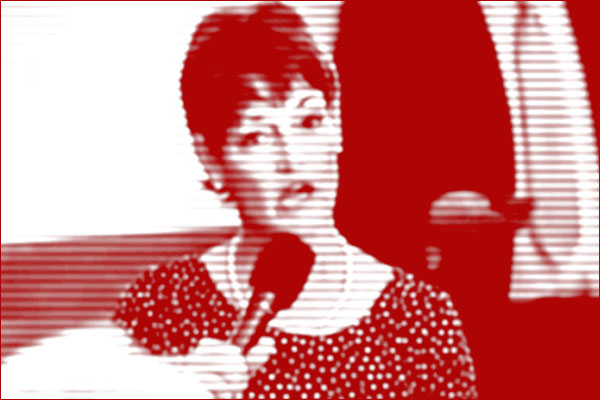 State Sen. Donna Campbell (R-New Braunfels) was among 50 Texas Republican lawmakers to sign a “friend of the court” brief that claims the Supreme Court’s 2015 Obergefell decision does not give married same-sex couples in the state the right to spousal benefits or the right to live with each other, among other benefits.

Others who signed the brief are Texas Railroad Commissioner Ryan Sitton, four Republican candidates for the State Legislature, activists from anti-LGBT groups and members of the Texas Pastor Council including Pastor Charles E. Flowers of San Antonio.

The brief was submitted on October 14 in a lawsuit, Pidgeon v. Parker, that pits anti-LGBT plaintiffs against the city of Houston for its 2013 policy that offers benefits to the same-sex spouses of city employees.

The Texas Supreme Court refused to hear the case in September. However, Jonathan Saenz, president of the anti-LGBT group Texas Values, and former Harris County GOP chair Jared Woodfill have since petitioned the court for a rehearing.

According to the brief, “The primary question before the Supreme Court of the United States in Obergefell was whether or not same-sex couples had a constitutional right to marry. The Court did not create other rights, such as rights to spousal benefits or even the right to live with your spouse.”

The brief goes on to argue that while Obergefell made same-sex marriage legal, it did not conclude that every state law dealing with the “marital relationship” was invalid.

“Indeed, it would unnecessarily implicate constitutional issues of state sovereignty if Obergefell were misconstrued as imposing spending requirements on the state of Texas to fund expensive health care and other benefits without authorization by Texas law,” the brief claims.

Despite Saenz and Woodfill’s efforts, the suit may never be heard. Earlier this month, Ken Upton, senior counsel for Lambda Legal told, the Texas Observer, “. . . let’s be realistic. The Texas Supreme Court is not going to grant rehearing. My take is that the Texas Supreme Court is done with marriage. I don’t think there’s much appetite to re-engage that discussion.”

Campbell’s support of the lawsuit is in keeping with her strident opposition to LGBT equality.

In 2015, she unsuccessfully proposed a constitutional amendment that would make it legal for Texas businesses to fire LGBT employees and turn away LGBT customers if their religious beliefs compel them to do so. That same year, she was named one of the Worst Legislators by Texas Monthly.

During the long and divisive fight to enact San Antonio’s nondiscrimination ordinance, Campbell said in a letter to then-Mayor Julian Castro that the measure alienated “a majority of Texans who believe in traditional marriage and values . . . San Antonio churches, families and businesses feel less welcome in their hometown as a result of this proposed ordinance, fearful that they may now be penalized or face costly lawsuits just for practicing their faith or expressing their opinion.”

María R. Salazar was 5 years old when she held her first important job. “I was the water girl,” she...