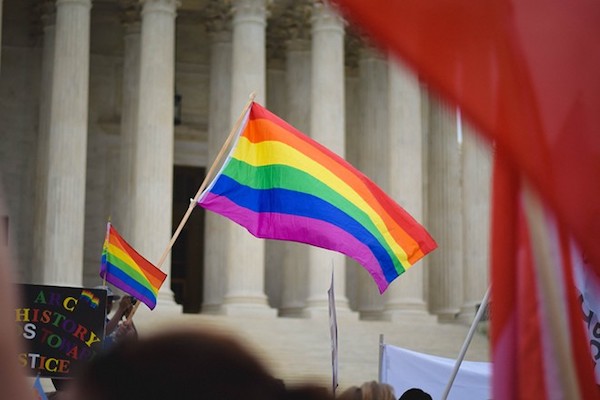 San Antonio-area U.S. Rep. Tony Gonzales was the sole Texas Republican to vote for the legislation, while U.S. Rep. Chip Roy voted against it.

Nearly every Republican member of the U.S. House from Texas voted in opposition Tuesday to a bill that would codify same-sex marriage under federal law. Far-right figures including Justice Clarence Thomas have opined that the court also should consider reversing the high court’s 2015 ruling that prohibited bans on same-sex marriage.

“I would strongly urge reporters and constituents alike to ask the below members of Congress whether they think their extremist, far-right views are in line with where we are as a nation in 2022,” Texas Democratic Party Chairman Gilberto Hinojosa said in a statement. “[A]nd I would urge all Texans to vote these officials out of office before their radical views are able to become the law of the land.”

Gonzales’ vote in support in favor of marriage equality is his second in recent weeks to cross the aisle. Last month, the first-term congressman broke with House Republicans to help pass the landmark bipartisan gun legislation negotiated in the wake of the Uvalde school shooting.

It’s unclear whether the legislation can survive debate in the narrowly divided U.S. Senate, where Democrats would need 10 Republicans to join them in support of its passage.

The show challenges preconceived notions about Asian Americans, particularly ones that ignore the challenges people face in their adopted homeland....