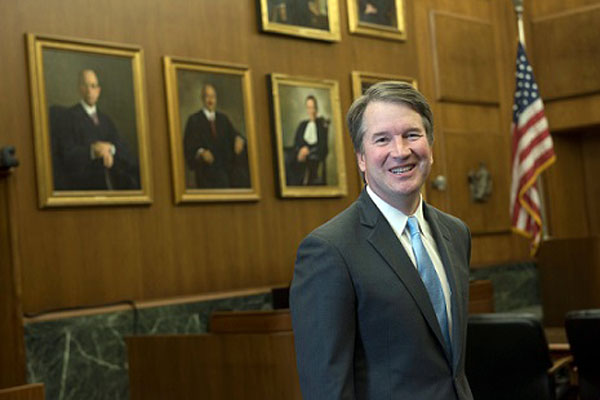 In an email to supporters, Equality Texas announced it was joining state and national LGBT leaders in opposing the confirmation of Judge Brett Kavanaugh to the U.S. Supreme Court.

“We’ve looked at Kavanaugh’s record, and the stakes could not be higher,” Equality Texas Executive Director Chuck Smith wrote in the email. “If we’re to have any chance of stopping his confirmation, it’s going take every one of us fighting with all we’ve got. That’s why we’re joining forces with LGBTQ organizations around the country to stop this nomination.”

To that end, Equality Texas was among 63 national, state, and local LGBT organizations which sent a letter, which was organized by Lambda Legal, to the U.S. Senate Judiciary Committee to oppose Kavanaugh’s nomination.

“Everyone – especially the LGBTQ community — should be deeply concerned about Supreme Court nominee Brett Kavanaugh,” the letter warned. “From the Trump-Pence administration’s ban on transgender troops to the efforts to encourage and immunize discrimination against LGBTQ people in the public square, the American people should not have any confidence that Kavanaugh will be an independent check on the Trump administration and put his duty to the Constitution above his political beliefs. The harsh reality is that this nomination puts Trump within striking distance of his goal of overturning Roe and of turning back the clock on LGBTQ rights for generations.”

The letter details five areas of Judge Kavanaugh’s record and philosophy that are of particular concern:

With Equality Texas joining the national effort to oppose the Kavanaugh appointment, Smith explains, “It’s clear that Judge Kavanaugh’s record is not that of a neutral and fair-minded judge who can be trusted to administer equal justice under the law.”

Originally published in the San Antonio Current. As the excellent title suggests, “horrible thrift-store fashion attire is required” at South...