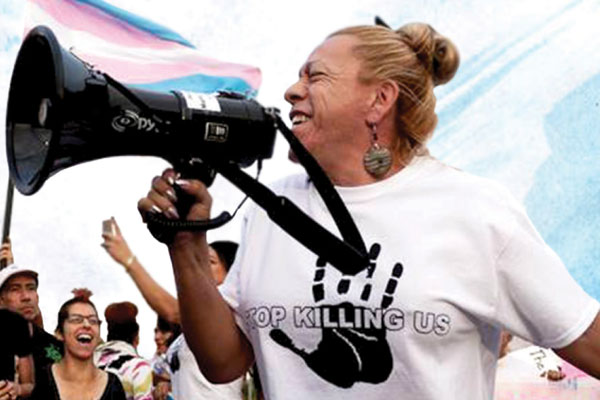 The documentary, "Transvisible: Bamby Salcedo's Story," will be screened at the Esperanza Peace and Justice Center on July 9.

On Saturday, July 9, the Esperanza Peace and Justice Center will present a screening of Transvisible: Bamby Salcedo’s Story, a documentary film by Dante Alencastre.

The film focuses on transactivist Bamby Salcedo, her struggles with homophobia and transphobia, and her rise to become president and founder of the [email protected] Coalition in East Los Angeles. Salcedo’s efforts center on the creation of intersecting communities which include immigrants, LGBT youth and HIV infected people.

As the trans community faces an ongoing backlash by conservative law makers, never has there been a more urgent time for marginalized communities to make their voices heard.

A new study by the Williams Institute revealed that there are 1.4 million adults who identify as transgender, a figure twice as large as previously believed. As the study points out, younger adults between the ages of 18-24 are more likely to identify as transgender perhaps because of a greater perceived visibility and changing social attitudes.

The film screening will be followed by a panel discussion moderated by Lauryn Farris and will include special guests Bamby Salcedo, Eric Larue, and Antonia Padilla.

The San Antonio AIDS Foundation announced today that human rights activist, author and lecturer Cleve Jones will be the keynote...