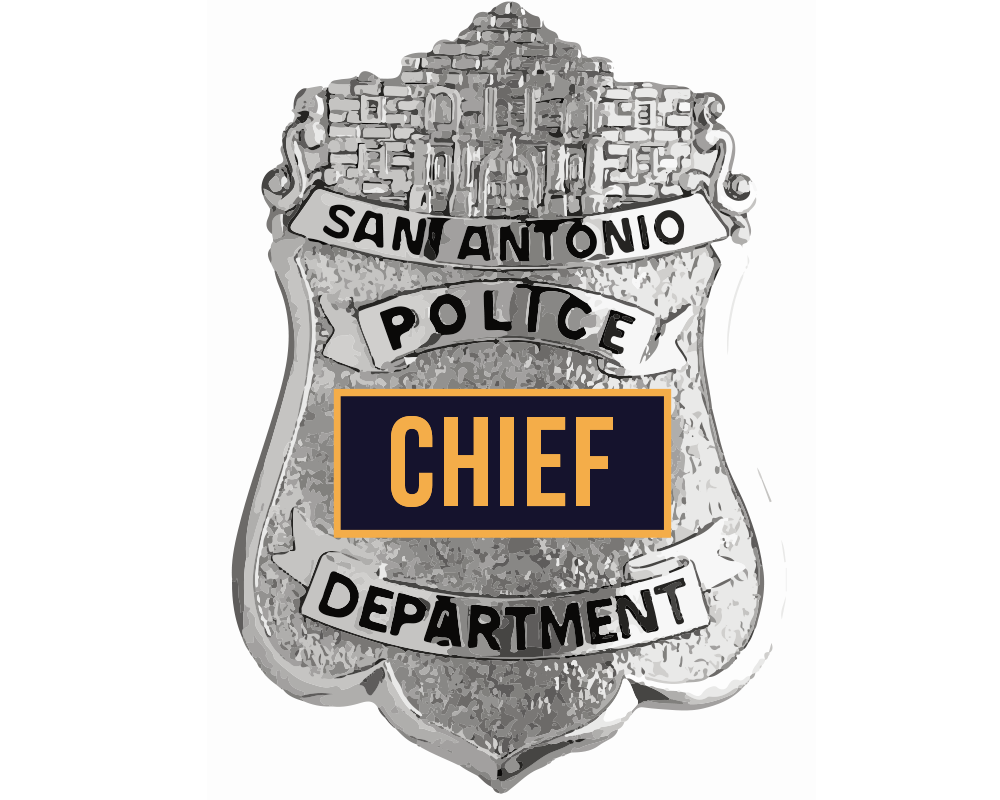 Last July, San Antonio Police Chief William McManus announced he would be leaving the department at the end of the year to accept a position at CPS Energy heading up the utility’s security operations.

McManus, a native of Philadelphia, came to San Antonio in the summer of 2006. He spent 23 years on the Washington DC police force, and also served as police chief in Dayton, Ohio, and Minneapolis, Minnesota. Chief McManus took time time recently to talk to Out in SA about his tenure in San Antonio.

With days left before you depart for your new job, how are you feeling about the transition from the SAPD to CPS?

I look forward to the challenge at CPS. It’s exciting for me after 40 years to move into a different area. I had a great ride here in San Antonio–the best city I’ve worked in by far. I’m looking forward to the move.

What achievements are you most proud of?

It’s tough to pick out the thing I’m most proud of, but I would say that the relationship that the SAPD now has with the community at large makes me very proud. When I got here I made it a point to be the face of the police department and that requires you to be out there in the public as opposed to being in your office all day.

Since you’ve been Chief, you initiated LGBT sensitivity training at the Police Academy. You appointed an SAPD liaison to the LGBT community and you’ve marched in the Pride Parade. No previous chief has reached out to LGBT citizens the way you have. Do you think the example you’ve set by your acceptance has left an impression on the police force today?

I think it has and whoever follows me is gonna have a tough time undoing that standard. I think the die has been cast and you will see a continuation of this moving forward.

Like all workplaces, the SAPD has lesbian and gay officers. Is the environment at the SAPD such that the force would support an LGBT officers’ association?

It certainly would. There’s no reason why we wouldn’t do that. We have a different number of associations within the SAPD. I would certainly welcome it if any officers wanted to start it.

In 2007, you marched in the Pride Parade as Grand Marshal. You received a lot of criticism from local religious extremists, most notably radio talk show host Adam McManus. Those days must have been hard on you and your family. How did you get through that difficult time?

It was a little bit disconcerting at first because I had done that in Washington, DC, and there was no controversy. I did it in Dayton, Ohio, although there wasn’t a parade, there was a festival and I attended that. There was a celebration in Minneapolis and I attended that. So I was a little bit surprised to see the reaction here in San Antonio. However, once we got through it, there was a lot of support in the community for my having done that, notwithstanding what Adam McManus was doing. I think the department and the city both grew from that experience.

According to national statistics, nearly 50 percent of all homeless youth are LGBT–most have been thrown out of their home by their families. At the moment, the community is concerned about a panhandling law you proposed that would fine citizens who give handouts to panhandlers. Many fear the effect it could have on all homeless people in San Antonio. What would you tell the community that might alleviate their concerns about this proposed law?

People say the ordinance I’ve proposed wants to outlaw acts of kindness. That’s what I hear over and over again. What’s ignored is the fact that the money people give to panhandlers doesn’t go to buy a hamburger or a meal. It doesn’t go for that. It goes for alcohol and drugs.  The frustration for me is that fact is overlooked. There is not a homeless person on the street that doesn’t know where to get a meal. And when you see them out on a corner panhandling, it’s not to buy food, it’s to buy alcohol and drugs. My goal is not to stop acts of charity. My goal is to try and deter, to prevent, acts that contribute to people’s addictions. There’s also a large group of people who panhandle who may not be addicts but are scamming people. I stopped a guy at 410 and Blanco and asked him if he knew what he was doing was against the law. He told me it was OK because he wasn’t homeless.

(Editor’s note: On October 1, Chief McManus withdrew his proposed panhandling law, saying the SAPD would instead try to encourage the public to give money directly to agencies that help the homeless.)

In 2005, before you came to the SAPD, Amnesty International issued a report critical of the Park Police and the SAPD for the entrapment and physical mistreatment of men arrested for lewdness in public parks. When you came to San Antonio, you said you did not endorse gay witch hunts or the entrapment of gay men by undercover police. During the years following your arrival, the number of arrests of men in parks diminished. In October, three men were arrested in one week in city parks. It was the most publicized number arrests in a long time. Has anything changed in the way the Park Police approach these situations?

I don’t believe they do. Now that you bring that up, we can certainly change that.

In 2009, a team of nine SAPD officers and three Leon Valley patrolmen conducted a drug raid at the home of a lesbian couple in Leon Valley. The police never found any drugs or drug-related evidence against the couple. The women say they were left shaken and afraid after being handcuffed and questioned for several hours. There was a lot of outrage in the community after the couple told their story in the press. Two years later, the women filed a federal suit and settled with the city for the sum of $145,000. Did the the SAPD’s experience with this case have any effect on how similar situations are handled now?

Our policies dictate how search warrants are obtained and how we handle those types of situations. I don’t recall exactly the details of that particular case. We are very careful about what we have signed by a judge. Search warrants are based on observations and investigations and we have pretty good success with the way we do that. This case was an exception to the rule. Without getting into the detail, because I don’t remember what was in the affidavit for the search warrant, the case has been resolved and settled by the city. Moving forward, we are certainly mindful of what we do and how we conduct ourselves during those warrant executions.

One of the benefits of taking a job with CPS is that it allows me to stay here because this is where my family and I want to be. The culture, the weather, nothing is better than San Antonio.

I have driven past Male B Wear countless times before on my way to HEAT–or Essence if I'm feeling like...