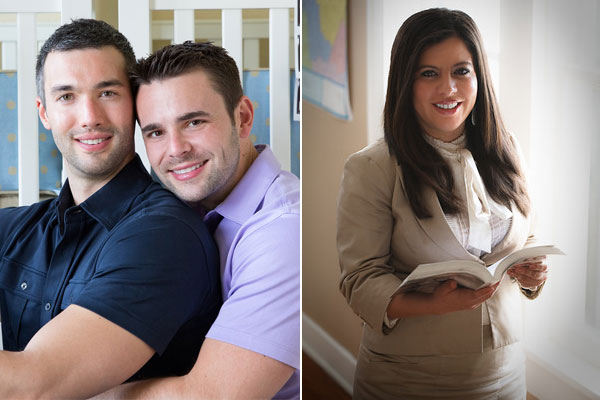 Jason Hanna and Joe Riggs and State Representative Mary Gonzalez of El Paso will receive awards from Equality Texas at the Spirit of Texas Brunch on May 17 at the Pearl Stable. (Courtesy photos)

A gay couple from Plano who championed LGBT relationship rights and an out state representative will receive awards from Equality Texas at the ninth annual Spirit of Texas Brunch on May 17 at the Pearl Stable in San Antonio.

This year’s Equality Texas Anchor Award will be presented to Jason Hanna and Joe Riggs, and State Representative Mary Gonzalez of El Paso will receive the Advocate Award.

Equality Texas made the award announcements in separate press releases:

Anchor Award Winners:
Jason Hanna & Joe Riggs
The Equality Texas Anchor Award is given to an outstanding Texas advocate whose activism on the local level and beyond has proven invaluable to the cause of lesbian, gay, bisexual, and transgender equality in Texas. This award will be given on an annual basis to a Texas activist who has worked tirelessly to promote equal rights for all Texans. Equality Texas will present the Anchor Award to Jason Hanna and Joe Riggs for championing same-sex adoption, relationship recognition, and nondiscrimination protections in the city of Plano, in the greater DFW area, and across Texas.

Advocate Award Winner:
Representative Mary González
The Equality Texas Advocate Award is given to outstanding public servants whose high ideals include a dedication to equal rights for lesbian, gay, bisexual, and transgender Texans. This award is given on an annual basis to a public figure or figures with a steadfast reputation for supporting issues of equality for all Texans. Equality Texas will present the Advocate Award during the 9th Annual “Spirit of Texas Brunch” to Representative Mary González for championing House Bill 71 to equalize Texas’ “Romeo and Juliet” defense and for her outstanding advocacy on behalf of LGBT people in the 83rd and 84th Legislative Sessions.

Last month, Equality Texas announced it will present the Texas Association of Business with the Vanguard Award which is given annually to an “exemplary business who has demonstrated a commitment to LGBT equality in the state of Texas through fair employee policy and community advocacy.”

Equality Texas Spirit of Texas Brunch, Sunday, May 17 at 11:30 a.m. at the Pearl Stable, 307 Pearl Parkway. Tickets available at SpiritOfTexasBrunch.org.