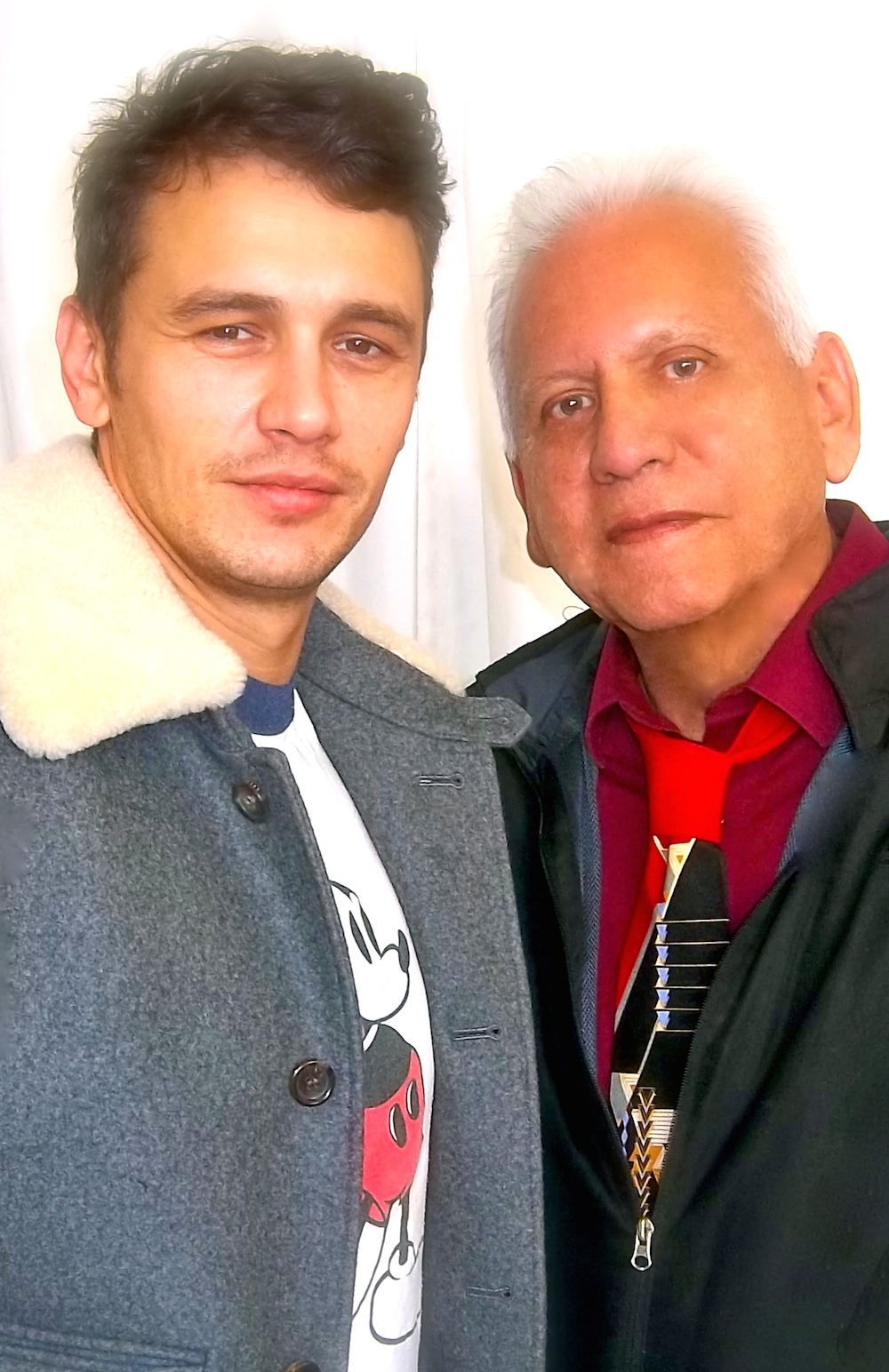 Ongoing at Gemini Ink is “Poetry, Film, and James Franco,” a workshop led by San Antonio playwright and poet Gregg Barrios. It is the first course of its kind to examine the experimental films of James Franco and the works of poetry that inspired them.

The cost of the workshop is $65. Registration is still open and three full sessions remain March 24, 31, and April 7 from 6:30p.m.–8 p.m. Required readings will be provided.

The idea for the workshop stems from Barrios’s current collaboration with Franco–a book by the same title. “Early on after I became acquainted with James, we were trying to figure out what to do together,” Barrios told Out In SA. “He told me he had all these films he had made over the years while working on his MFAs at NYU, UCLA, and Warren Wilson College. He said, ‘Why don’t we start there? So that became an idea to do a book that would entail and use all those films, and to interview the poets that he took the poems from.”

Among Franco’s many films is the short, Herbert White (2010), based on the poem by Frank Bidart and the feature-length film, Tar (2012), adapted from the collection of poems by C.K. Williams.

Franco, an accomplished actor and filmmaker, has ventured into the literary world in recent years. His collection of short fiction Palo Alto (2010) has also been adapted to film.

“Another thing that he’s done–he’s taken films that he really loved as a young man, and he’s remade them as an experimental project,” Barrios explained. “For instance, he approached Gus Van Sant and asked him if he could have the outtakes from My Own Private Idaho (1991). So, [Franco] made a film called My Own Private River (2012). It’s the same movie but it’s all told from the scenes of River Phoenix that were left on the cutting room floor.”

“It’s that kind of experimentation, and daring, that I think sets him apart from all these people in Hollywood who don’t use their celebrity to advance a greater understanding of what film is,” Barrios said. “I find that very intriguing about James.”

During the last session on April 7, Barrios expects Franco may do a Q&A over Skype. He praised the actor for his willingness to portray openly gay characters on film and hopes Gemini Ink is able to honor him in the near future.

“James has been a great example of a person who is an ally to the gay community and he’s proved it in the roles he’s chosen to play, from Alan Ginsberg (Howl, 2010) to Hart Crane (The Broken Tower, 2011) and the young man in Milk (2009),” Barrios said. “I think he’s a person who’s moving forward at the same time that were moving forward.”

Study: 4% of SA population is LGBT

A new Gallup study released on March 20 shows that the LGBT population of greater San Antonio is 4 percent....