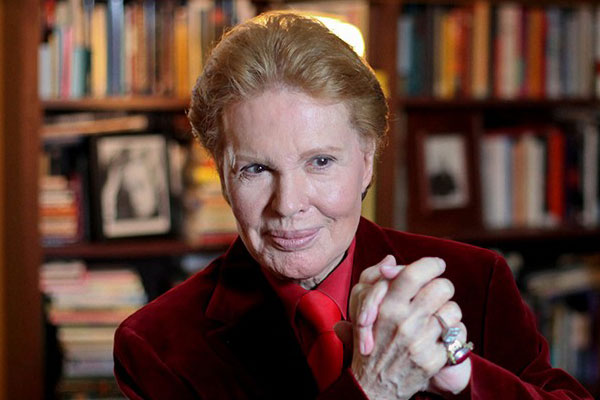 If you grew up watching late Puerto Rican astrologer Walter Mercado entertain viewers on Univision, you’ll want to make sure you have a Netflix membership by Friday, July 10.

The flamboyant, legendary TV personality will be featured in the new documentary Mucho Mucho Amor: The Legend of Walter Mercado about his life and decades-long career. The title of the film comes from the words Mercado would say at the end of his TV segments.

Or, in English: “Blessings for all, and may God bless you all today, tomorrow and always, and may you receive from my peace, much peace — but above all — much, much love!”

Mercado died last November at the age of 87 from kidney failure.

Cristina Costantini, the co-director of Mucho Mucho Amor explained to the Miami Herald how important he was to the Latino community.

“He had the cultural significance of Oprah and Mr. Rogers and Liberace,” she said. “But he was also a spiritual adviser, so he’s actually very hard to explain to people who didn’t grow up with him.”

Local playwright, actor and emcee Gabriel Luera remembers watching Mercado on TV with his stepmother as a kid living in Laredo.

“The zodiac fortune telling was my favorite part,” Luera said. “I loved the way he talked – vibrant and passionate. He was just one of those people who were larger than life – like Juan Gabriel. I was in awe of his ability to be himself with all the glamour and makeup and outfits.”

Estela Fernandez, who works for the University Health system, said she watched Mercado every day after school on the Univision TV show Primer Impacto.

“It was a must-watch to see if what he said was true about my day and what was going to happen in the future,” Fernandez said. “I hoped maybe one day he would give us the lottery numbers.”

Fernandez said she remembers about 15 years ago, Mercado showed up to a car show at the Henry B. Gonzalez Convention Center, and she was one of the first in line to meet him.

“I had to go stand in line to see him and get a picture and autograph,” she said. “I was so excited that I don’t remember what he said to us. After he passed, I put his signed picture on my desk at work.”

More than 200 signed up to speak as the Texas State Board of Education began taking public testimony Monday on...