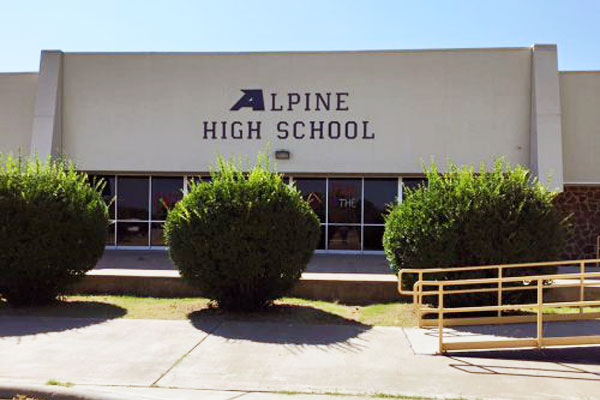 The beating of a transgender student by a classmate from Alpine High School was captured on a cell phone video that has gone viral. Despite the video evidence, the student who precipitated the attack has not been disciplined.

In an interview with KOSA-TV in Odessa, the 15-year-old student, who wants to remain anonymous, said his attacker was apparently upset over his transgender identity. “He said it’s because he didn’t like me and he didn’t like who I was, that I just pissed him off.”

The attacker was with two or three others who egged him on while he beat the trans boy.

The incident took place on February 16 at the football field of Sul Ross State University University which is also in Alpine. Another classmate captured the attack on a cell phone camera and posted it on Snapchat.

Samantha Squalls, the victim’s aunt, told the Big Bend Sentinel that the harassment did not end with the beating. “As soon as he got back to school, other boys have been picking on him. The school is saying they can’t do anything.”

Alpine ISD superintendent, Becky McCutchen has been telling the media that since incident did not take place on the Alpine High School campus and outside of school hours, there was nothing she could do.

Responding to McCutchen’s comments, Equality Texas wrote in an email: “We know that an inclusive school environment and enumerated anti-bullying policies can help set the tone for student behavior both inside and outside a school’s doors. The school district can send a message to the community that anti-LGBTQ attitudes and actions will not be tolerated by them.”

The student’s family, with assistance from the Family Crisis Center of the Big Bend, is exploring its legal options.

The victim told KOSA that he doesn’t feel safe at school anymore, adding he’s sure another incident is inevitable. “It’s definitely going to happen again,” he said.

Equality Texas has set up a link where readers can send a message to Superintendent McCutchen and all members of the Alpine ISD School Board asking them to take steps to support their LGBTQ students and create a safer school environment.

If Victorious, Corpus Christi Candidate Would Be First Gay Congressman

Charlie Jackson, a Corpus Christi resident who runs an IT consulting practice, is campaigning for for the Texas 27th Congressional...