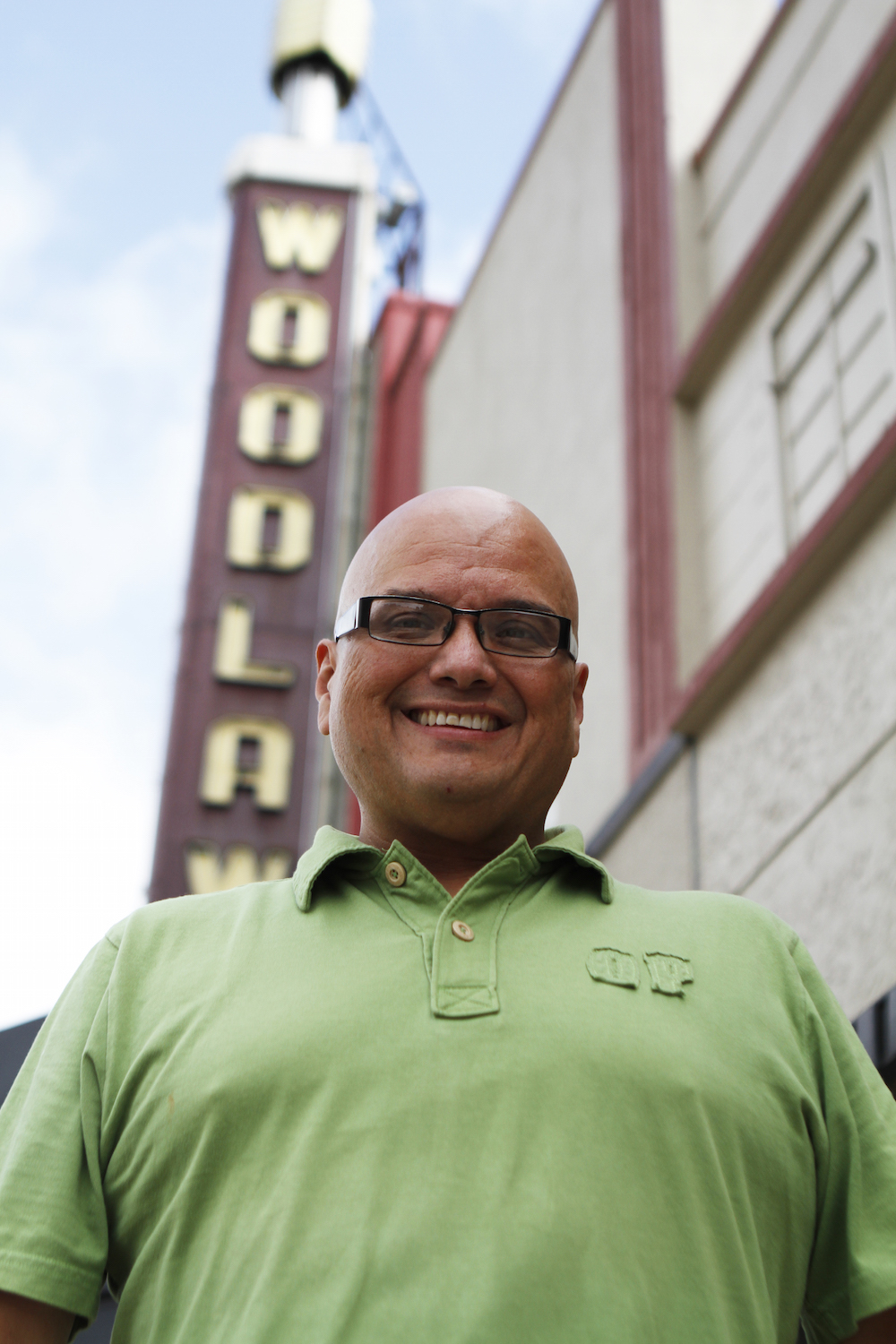 Greg Hinojosa of the Woodlawn Theatre. Photo by Alexei Wood.

The artistic director of the Woodlawn Theatre announced on December 21 that he is leaving the theater and has retained a new postion.

Greg Hinojosa has been artistic director of the Woodlawn Theatre for the past three and a half years. Today, he posted an announcement on Facebook saying, “Change is always difficult, but change is necessary in order for us to have human revolution. So with that in mind, I have accepted another position in town and will announce more about that in the new year.”

Hinojosa has led the Woodlawn through a period during which its audiences have grown and expanded thanks in part to the presentation of well-produced Broadway musicals, many of which Hinojosa directed.

During this time, the Woodlawn has seen growth in its acting school for children which mounts productions regularly on the theater’s main stage.

Among the most well-attended productions were the theater’s annual Halloween stagings of the “Rocky Horror Show,” each year featuring members from the cast of the hit television show, Ru Paul’s Drag Race.

The fall issue of Out In SA magazine named Hinojosa as one of the “10 to Watch” among the most influential people in the LGBT  community.

Serving as Artistic Director for the past three and a half years has been an invaluable, moving and rewarding experience. The success of the theatre has been a compilation of a hard working team with only two goals in mind, to excel in theatre and to provide an artistic home for the community.

I want to thank Kurt Wehnerand Sherry Wehner Redden for trusting and believing in me. In the beginning, we all had a dream and their faith in me to lead the team has helped me become a stronger, accomplished artist and a better human being.

I want to thank Christopher Rodriguez for being my right hand man. I have often said he was my “little me”. You are a true talent and I applaud your dedication to the Woodlawn.

To the San Antonio theater community, thank you for embracing our dream and for sharing your talents with the Woodlawn. It is because of you that the quality of work at the theater has improved greatly and that audiences have been so supportive and continue to do so.

I am both anxious, nervous and excited to see what my future holds in the new year!

Two holiday fundraisers will be bringing cheer to the community while raising funds for two worthy organizations, one dedicated to...