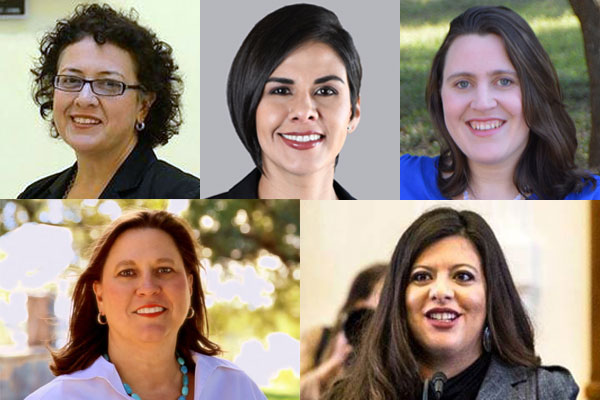 Fourteen of 35 LGBTQ candidates won their races Tuesday night, and activists say the 2018 election will carve a path for a future “rainbow wave” in Texas.

by Hannah Wiley, The Texas Tribune

Fourteen of the 35 gay, bisexual and transgender candidates who ran for office in Texas during the midterms claimed victory Tuesday night — a 40 percent success rate in deep-red Texas — and national and state activists say they’re confident this election cycle carved a path for a future “rainbow wave” in Texas.

The historic number of Texas candidates who ran for offices from governor down to city council positions joined a record-shattering rank of more than 400 LGBTQ individuals on national midterm ballots this year.

“It shows that politics are changing and that more LGBTQ people feel comfortable to step out and run openly,” said Sean Meloy, political director at Victory Fund, a Washington D.C.-based LGBTQ group that fundraised for several Texas races.

LGBTQ candidates had plenty of fuel to inspire their campaigns and galvanize supporters, from Texas’ controversial “bathroom bill” to the Trump administration’s plans to eliminate “transgender” from legal terms.

Julie Johnson and Jessica González, two lesbian candidates from the Dallas-Fort Worth area, won their races for Texas House seats. Johnson defeated Republican incumbent Matt Rinaldi of Irving, while González ran uncontested. They’ll be joined by Erin Zwiener, a bisexual House candidate who won a seat in Central Texas by defeating Republican Ken Strange. The three will more than double the number of openly gay women in the Texas House of Representatives.

“I think we are on a new path,” said Chuck Smith, CEO of Equality Texas, an Austin-based LGBTQ nonprofit. “[One] that demonstrates equality is a mainstream value and that extremists who seek to oppose equality are not in the mainstream.”

Valdez talked frequently about her race, gender, sexuality and socioeconomic background during the election.

Meloy, whose Victory Fund organization contributed nearly $9,000 to Ortiz Jones’ campaign and raised more than $53,000 on her behalf, said Ortiz Jones’ run represents a historic moment that gives hope to those fighting for equality.

“I think it represents not only her perseverance but that a queer woman of color who is also a veteran should not be underestimated,” Meloy said.

‘Can You Ever Forgive Me?’ is the Best Performance of Melissa McCarthy’s Career

When she’s not trying to act like the female version of Kevin James by using physical comedy as a crutch,...