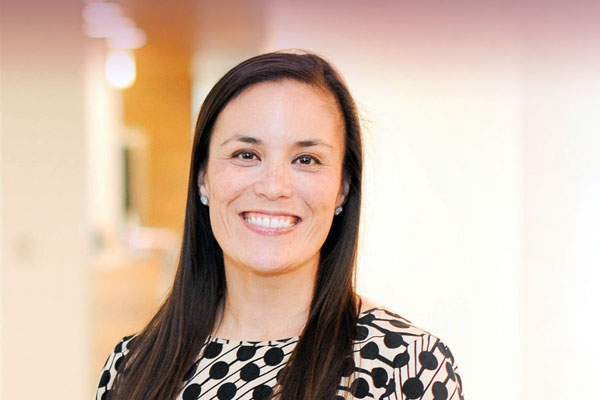 In an announcement made on April 27, President Joe Biden nominated San Antonio native Gina Ortiz Jones for Under Secretary of the Air Force.

Jones was among 10 individuals nominated by the President for national security positions. If confirmed, she’ll become the first out lesbian to serve as under secretary of a branch of the military.

Jones is a graduate of John Jay High School who was raised by a single mom who came to U.S. from the Philippines. She earned a BA and MA in economics from Boston University which she attended on a four-year Air Force ROTC scholarship. She also has advance degrees from the University of Kansas and the U.S. Army School of Advanced Military Studies.

While serving in the Air Force, Jones was an intelligence officer and who deployed to Iraq with the 18th Air Support Operations Group supporting close air support operations. Most recently, she was employed in the Office of the U.S. Trade Representative, where she worked until 2017 when she decided to move back to San Antonio and run for Congress.

In 2018, Jones challenged Republican Rep. Will Hurd for 23rd Congressional District seat but lost the race by less than 1,000 votes. “While we came up short this time, we ran a race of which we can be proud,” she said in a written statement at the time. “I remain committed to serving my community and country, and I wish Will Hurd the courage to fight for TX-23 in the way in which our district deserves.”

In May 2019, Jones announced she would again challenge Hurd. However, Hurd did not seek reelection to Congress in 2020. Instead, Jones faced off against now-U.S. Rep. Tony Gonzales, a Republican who won by a margin of 4 percent.

Since the election, Jones has worked behind the scenes in support of gun control and anti-Asian racism.

According to the Washington Blade, “Rep. Adam Smith (D-Wash.), chair of the House Armed Services Committee, praised the selection of Jones as Air Force under secretary and said she ‘served her country both in and out of uniform.’”

Senate Bill 1646 is among several other bills that advocacy groups say erode the rights of transgender Texans. But it’s...