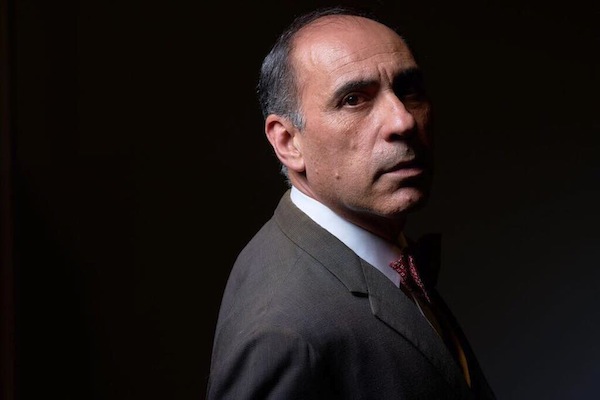 With his 1932 play Blood Wedding and collection of poems Poet in New York (published in 1940), Federico García Lorca became one of Spain’s most revered poets and dramatists during the 20th century. But his influence far exceeds the world of literature.

Lorca was part of a group of artists known as La Generacion del ’27, which included filmmaker Luis Buñuel and artist Salvador Dalí. In the 1930s, Lorca explored the Gypsy caves of southern Spain to gather and later transcribe to piano the folk music of that region. Along with the singer La Argintinita, Lorca helped popularize “Anda Jaleo” and “El Café de los Chinitos,” songs performed today by flamenco and Spanish dance companies around the world.

On August 18, the Classic Theatre of San Antonio will present Lorca, a one-man-show starring José Rubén De León. Set against a backdrop of the Spanish Civil War, the play covers the major accomplishments of Lorca’s life up until his assassination in 1936 by right-wing military authorities.

For De León, the idea for the show stems back more than two decades to when he was auditioning for plays as a young actor. De León, who is fluent in both Spanish and English, says there was a time when his accent was actually a hindrance and recalls being laughed off the stage by a director. “I felt very humiliated and walked out of the theatre,” he recently explained. “I thought, ‘You know what? I’m going to create a one-man show for myself and never audition again.’”

In 2003, De León premiered Lorca at the Carver Community Cultural Center, followed by a Spanish-language version of the play at Jump-Start in 2004. Since then, he has gone on to produce other one-man dramas including 2005’s Simplemente Lara, based on the life of Mexican composer Agustín Lara, and 2015’s Unforgettable, a tribute to Nat King Cole.

In July, De León directed the Classic Theatre’s production of Burning Patience before beginning rehearsals for Lorca. While De León has also become known for his collaborations with jazz musicians Aaron Prado and George Prado on recent productions, he says he will carry Lorca entirely on his own just as he did during its 2003 premiere. “It’s all me,” De León said. “I had a lot of dreams about Lorca because of all the reading and researching I was doing.”

His hope is that the play will “prompt more people to investigate Lorca’s life and read his material.”

San Antonio City leaders, along with scores of local teens, stood on the steps of City Hall on August 16...