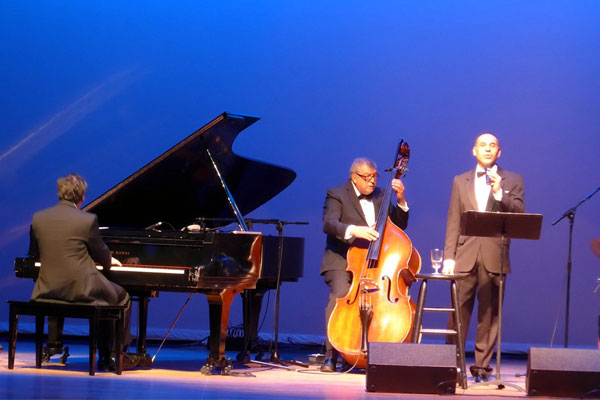 The performance is billed as a a tribute to male and female bolero composers from Cuba, Puerto Rico and Mexico. De León will be accompanied by pianist, Dr. Aaron Ellington Prado and George Prado on bass.

The announcement for the show says, “El Corazón del Bolero touches all aspects of amor and pledges of eternal love, bitter disappointment and unrequited love . . . Talented musician and composer in his own right, José Rubén De León will transport audiences to Cuba and back again through beautiful melodies and amorous lyrics.”

De León began his theatrical career in his hometown, Laredo, where served as artistic administrator and director for the Laredo Little Theatre. He now makes his home in San Antonio where he is active in writing, performing and recording.

De León created and performed several one-man dramas including Mark’s Gospel: A Drama of Hope; St. Francis of Assisi: A Musical; and El Encuentro: Juan Diego and the Virgen de Guadalupe. Lorca, a one-man drama based on the life of Federico García Lorca, received critical acclaim. De León’s Simplemente Lara, a tribute to the music of Mexican composer Agustín Lara, premiered in San Antonio and was named one of the best shows of 2005.

The elder Prado played with the Jim Cullum Jazz Band; started the Regency Jazz Band, which led to the annual saxophone extravaganza Holiday Saxophones; and was the music director at Dick’s Last Resort for six years.

Son Aaron trained at New York University’s Jazz Studies graduate program, and has performed with dozens of jazz legends. For a time he was the music director for Trinity University’s KRTU-FM where he helped build that station’s reputation as a regional jazz powerhouse. He received a Doctor of Musical Arts with a jazz performance specialty from the University of Texas Austin.

Former Houston mayor Annise Paker announced she has accepted the post of CEO for the Gay & Lesbian Victory Fund...