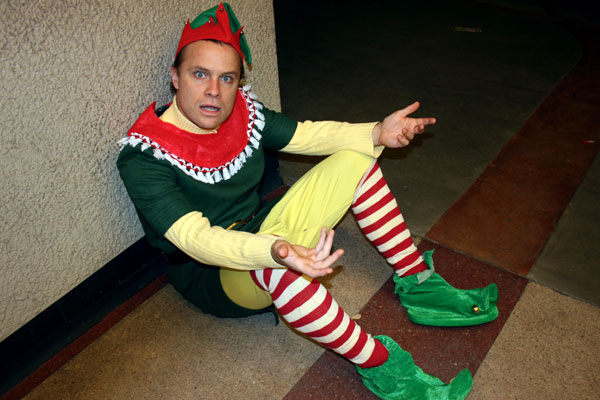 John Stillwagon as Crumpet the Elf in "The Santaland Diaries" at the Classic Theatre.

Imagine being a 33 year-old man working as an elf in a green velvet outfit at a Macy’s department store. Screaming children, impatient customers, and the chance of being recognized by friends and family are all you have to look forward to. Sounds like fun? Originally read on NPR’S Morning Edition in 1992, the piece led to Sedaris’ first book deal and has become an annual holiday favorite. In 1996, Joe Mantello adapted the essay into a one man play that premiered at the Atlantic Theatre Company in New York City.

The Classic Theatre’s production of Santaland is directed by Kelly and Bart Roush and stars John Stillwagon as Crumpet the Elf.

Despite warnings from companies across Texas that a "bathroom bill" would be bad for business, Lt. Governor Dan Patrick remains...