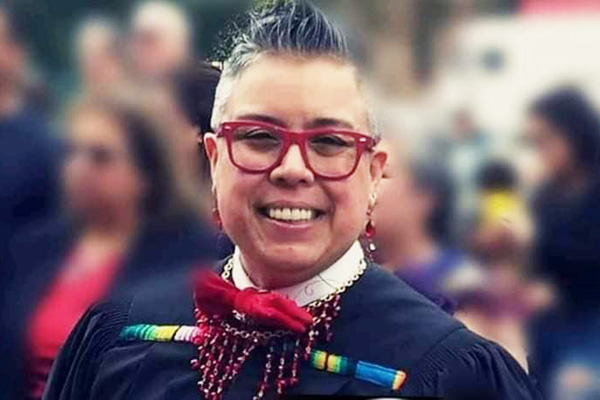 Judge Rosie Speedlin Gonzalez of the Bexar County Court at Law 13 announced on March 13 that she had gone into a 14-day self-quarantine after exposure to a defendant who admitted he had spent time with a friend who was exposed to the coronavirus in Italy.

“When he was being processed right outside our courtroom to get sent down to the jail, he disclosed that he had exposure to someone who self-quarantined and had had extensive contact with this individual who has been in Italy within the last week and a half,” Gonzalez told KSAT-TV.

The court will be closed for two weeks. Gonzalez told KSAT that she requested the county deep clean her office and courtroom.

Bexar County District Attorney Joe Gonzales told the media the defendant had not been screened because he “did not meet the criteria.”

Earlier in the day, Judge Ron Rangel of the 379th District Court, issued a letter saying that jury trials have been suspended until April 17. Anyone who receives a jury summons during this time should ignore it the Judge said in the letter.

“In the interim, we will continue to monitor the spread of the virus and notify the public of any updates,” Judge Rangel added.

Pride Center Cancels Events and Meetings in Wake of Coronavirus

The board of directors of Pride Center San Antonio issued a letter on March 13 advising the community that it...