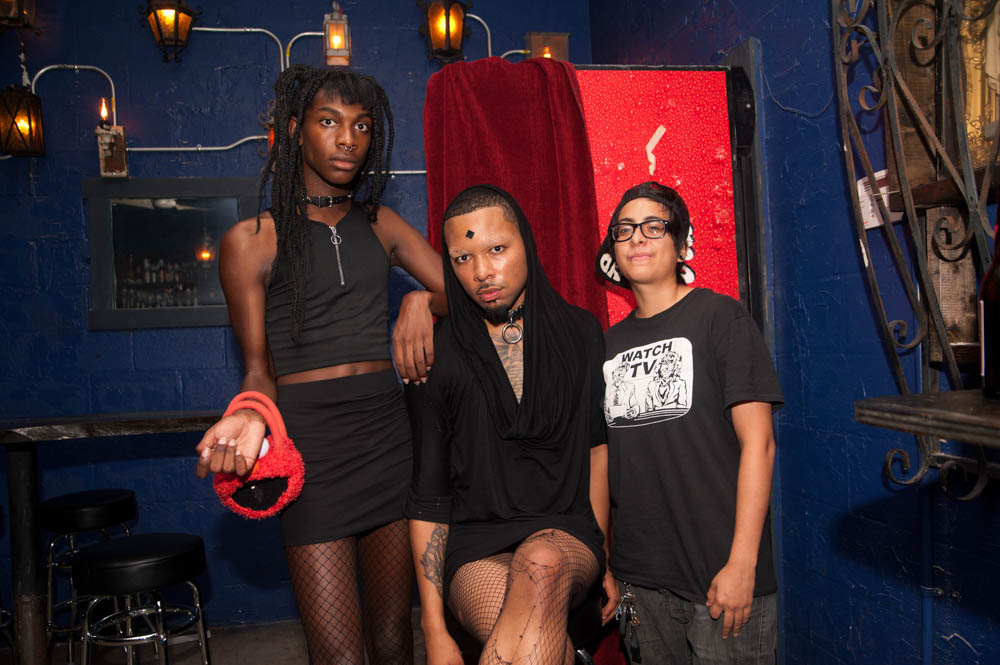 The first Latinx party took over The Phantom Room in July.

Last summer, San Antonio’s community of queer and trans people of color welcomed a party designed just for them. On July 30, party-goers of all walks made their way to The Phantom Room for Latinx, a type of event completely new to SA.

Organizers Kat Bustos and Henry Rodriguez were eager to present an alternative to the usual queer nightlife scene and create a safe and celebratory environment for queer and trans people of color. The night was a great success and the second installment on October 30 promises to pack an even bigger punch.

“We’re bringing a bigger and much louder sequel to our Latinx party,” Rodriguez told Out In SA. There’s still much more to be said in the dialogue we’re trying to get our city’s nightlife to participate in. This time we’ve teamed up with a lot more local artists, poets, writers, full-on collectives, producers, performers, and DJs. We are even having friends from Houston and New York City come down to give us a taste of their social commentary.”

Rodriguez and Bustos are also placing a greater emphasis on supporting local artists. They plan to “turn the space into a full-on marketplace where our queer and trans friends can network, share ideas, and sell or purchase art.” Third Woman Press is one of about five collectives that will be present. They will be selling a zine entitled Trans Lives Matters.

With a brand new website to display original content (like this photo shoot by Javier Aguilar) and update party-goers on upcoming events, Latinx organizers want to create a name for the event and keep people in the know.

“It’s very special to us to be able to do something that symbiotically helps everyone out in gaining exposure and being able to financially and socially profit from and with their peers,” Rodriguez said. “We’d like to thank Ghostpizza, who throws some of the sickest and diverse hip-hop parties in and around SA, for collaborating with us. This next party on the 30th is going to be louder and more aggressively outspoken about who we are … We’ve worked really hard to put all of these pieces together and can’t thank everyone enough for the support we’ve received. It makes it so much more special when it’s a collaborative piece from our peers who feel mutual about our city really requiring a space for political and artistic rebellion. It reminds us that we are not alone. Let’s celebrate it.”